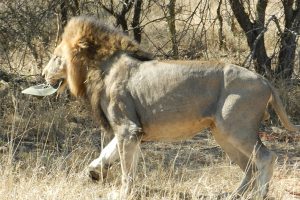 British private equity firm Hilco Capital says production at the Toronto factory of Tilley Endurables has risen since it bought the Canadian hat and clothing maker this past summer.

Hilco, which specializes in distressed situations, said in its third quarter newsletter that Tilley’s factory output increased 25 percent within six weeks of the implementation of an operational turnaround plan.

The initial 90-day plan, which Hilco devised in collaboration with factory management, also resulted in an 8 percent drop in manufacturing costs. Hilco reported achieving more than $600,000 of annualized cost savings since the plan was introduced. Further savings are expected “as the rollout progresses.”

Hilco acquired a majority interest in Tilley for an undisclosed price in June. The company, founded by entrepreneur Alex Tilley in 1980, produces lightweight, hard-wearing clothing and accessories for adventurers and travellers. Its products are sold in over 2,500 stores worldwide.

Tilley is perhaps best known for the iconic “Tilley Hat”, a cotton hat that is reputed to have survived encounters with lions and other wildlife.

At the time of the June deal, Tilley was reportedly struggling against the competition and without sufficient financial resources to pursue growth opportunities on its own. Additionally, the company’s founder said in interviews earlier this year that he was looking for a buyer to facilitate his retirement.

Tilley saw a change in leadership in October, Hilco’s newsletter announced. Its new president and CEO is Andrew Prendergast, previously an executive at athletic footwear and apparel brand New Balance.

Tilley forms part of the portfolio of Re:Capital Canada, a platform launched by Hilco two years ago to acquire distressed debt or distressed businesses in Canada’s middle market.

It joined earlier Hilco acquisitions, including music and entertainment retailer HMV Canada, bought in 2011, and carpet and flooring manufacturer Kraus, which received an investment the following year.