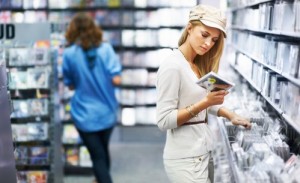 Restructuring and special situations firm Hilco UK has completed the acquisition of British entertainment retailer HMV Group PLC from its administrators, Deloitte. The transaction, which has been valued at £50 million (or around US$76 million) according to BBC News, includes 141 stores and 2,500 employees. Hilco said it hopes to “replicate some of the success we have had in the Canadian market with the HMV Canada business.” Hilco acquired HMV Canada Inc. in 2011.

Hilco has today completed the acquisition of the business and certain assets of HMV, the iconic entertainment retailer, from its Administrators, Deloitte.

The business includes 141 stores, 25 of which had previously been slated for closure by the Administrators, and approximately 2,500 employees. All nine Fopp stores are also included in the purchase.

Paul McGowan, CEO of Hilco, said: “We have spent a number of weeks negotiating revised terms with landlords and the key suppliers to the business, all of whom have been supportive of our plans to maintain an entertainment retailer on the High Street.”

“We hope to replicate some of the success we have had in the Canadian market with the HMV Canada business which we acquired almost two years ago and which is now trading strongly. The structural differences in the markets and the higher level of competition in the UK will prove additional challenges for the UK business but we believe it has a successful future ahead of it.”

The HMV UK business will initially be led by a Hilco team working alongside existing management. The Hilco team will be led by Ian Topping, formerly Chief Executive of the Steinhoff Group in the UK, and Henry Foster, an Investment Director at Hilco while Paul McGowan will take up the role of Chairman of the new business.

Ian Topping commented: “This is an exciting investment for the Hilco team and we will be able to use some of the developments already progressed in Canada to restore HMV to health. We intend to reverse the earlier decisions to sell tablets and other devices in the stores and to reclaim the space for an enhanced music and visual range.”

“The reaction of the British public to the administration of HMV shows a strong desire for the business to continue to trade and we hope to play a constructive part in delivering that.”

Hilco has also confirmed that it is in negotiations with a number of landlords with a view to re-establishing an HMV business in the Republic of Ireland after Receivers there closed the business shortly after their appointment.