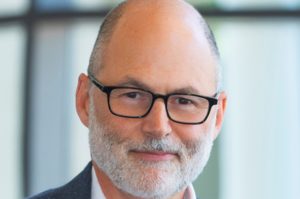 HKW is building out its new technology investment effort with the addition of Jeff Bistrong, the former founder and head of technology M&A advisory at Harris Williams.

Bistrong, following 30 years as an M&A advisor in the technology sector, including the last 18 years at Harris Williams, joined HKW as a partner in April.

The former banker is known for helping Harris Williams establish its name as a tech M&A advisory shop. Bistrong has worked on notable private equity transactions such as ZoomInfo’s sale to DiscoverOrg, Clearlake’s acquisition of Symplr, Community Brands’ sale to Genstar Capital and later to Insight Partners, among others, sources familiar with the matter told PE Hub.

Bistrong, who co-invested alongside his clients on many of his deals, will now dedicate his full attention to investing on the principal investment side.

“HKW’s CEO Ted Kramer and I are longtime friends and we talked about working together as early as 15 years ago,” Bistrong told PE Hub in an interview.

“If you look at HKW, it has evolved under Ted’s leadership, and it makes sense for the firm to expand into the highly attractive vertical which is technology.”

Now, as the head of HKW’s tech investing effort, Bistrong is recruiting a brand new team. Bistrong will recruit potential candidates from within technology-focused PE shops. “We are building out a full transaction team capability with multiple team members focused exclusively on technology,” said Bistrong.

The Indianapolis private equity shop is pushing into technology investing to take advantage of the fragmentation within the lower-end of the mid-market landscape.

“On the vertical side, we intend to focus on healthcare IT, fintech, logistics and transportation software, and government software,” said Bistrong.

“From a broader horizontal perspective, we expect to focus on business management software and security, cloud SaaS infrastructure and human capital management,” he added.

According to Bistrong, HKW already has an active pipeline of opportunities. The firm is looking at businesses that are poised to benefit from accelerated trends during covid-19 and global quarantines, he said.

“I think the private equity sector’s investment in technology has been validated and the sector should continue to attract interest, with a SaaS model proving itself superior to legacy software models,” Bistrong said.

Before Bistrong joined the firm, HKW, led by CEO Ted Kramer, invested in the business services, health and wellness sectors. The firm backs companies with $5 million to $30 million in EBITDA.

Correction: The updated version of the story corrects Jeff Bistrong’s title at Harris Williams from co-head to a founder and head of technology M&A advisory.