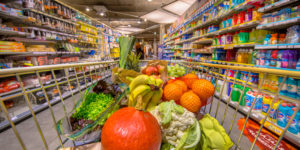 The platform on June 24 snapped up Mike and Mike’s, a Woodbridge, Ontario, organic food distributor, concluding a long-drawn process that kicked off mid-2019.

While the process did not face any big delays, the transaction took longer than anticipated due to the pandemic, explained John Carsello, partner at HKW.

“Lenders are taking more time to do their due diligence,” Carsello said. “Buyers and sellers have to get more creative to get a deal done in this environment.”

Fresh Direct has essentially been insulated from the covid tremors given that it’s in the grocery line, according to Carsello. With the third add-on, the platform strengthens its product offerings and extends its distribution footprint.

In connection with the debt and equity deal, Mike and Mike’s owners retained a small equity stake and continue to lead the company, Carsello said, speaking from his home in Indianapolis.

In July of last year, the middle-market PE firm bulked up Fresh Direct through an investment in Emperor Specialty Foods, followed by the acquisition of Islands West Manufacturing a few months later. Both add-ons sit within the produce distribution space and expanded the platform’s customer base.

“Both are running as divisions within Fresh Direct; they have their own customer base,” Tom Shaw, vice president at the firm, said.

HKW’s December 2018 investment in Fresh Direct and its subsequent add-ons were made through Fund V, a $365 million vehicle.

The Vancouver, British Columbia, company is now close to double its size compared to a year-and-a-half ago, according to Carsello. “They had about 200 employees [but] with this acquisition, we are probably around 300 employees.”

Although financials of the deal were not disclosed, the PE firm plans to continue capitalizing on the clean label trend. HKW targets US and Canadian companies generating $5 million to $30 million in EBITDA.

Action Item: Check out the Form D filing of HKW