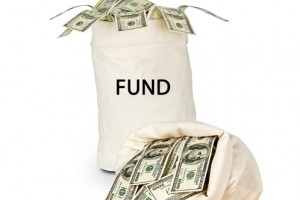 TPG Capital may be the next buyout shop to hit the fundraising trail. The PE firm founded by David Bonderman and James Coulter is considering an $8 billion to $12 billion target for its next global buyout fund, two placement agents say.

TPG, which has invested in Univision, Energy Future Holdings and Petco, is gauging support among existing investors for Fund VII, one placement source says. Fundraising for TPG Partners VII LP is expected to begin during the first half of 2013, the person says. “The feeling seems to be that a realistic target would be about $10 billion,” the source says.

The $8 billion to $12 billion target could also include TPG’s Asia-related funds, a different source says.

Fund VII is coming in much lower than TPG’s last pool. In 2008, the buyout shop collected $19.8 billion with its sixth global buyout fund, TPG Partners VI LP. The pool is “troubled,” a second placement agent says. TPG VI has generated an IRR since inception of 1.46%, according to March 31 data from CalSTRS.

Dow Jones LBO Wire, which first reported the fundraising, says TPG plans to begin marketing for fund VII next year. However, a different source says that TPG has made no decision on timing or a target for its next fund.

TPG has been active this year. In October, TPG agreed to buy FleetPride, a retailer of heavy-duty truck and trailer parts. The buyout shop, in July, inked a $1.9 billion deal for Par Pharmaceutical. The buyout shop also invested in Li Ning, the Chinese sports brand, in January. TPG Growth also took a minority stake in Survey Monkey last December.