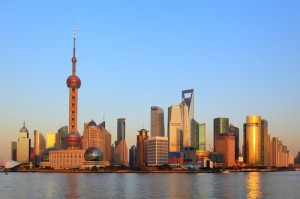 China is Asia’s rising private equity star, and it appears the nation can do no wrong in attracting investor interest to the right private equity team.

China is already off to a flying start in 2012 with one of its most successful private equity firms, Hony Capital, raising nearly $4 billion from investors. Hony Capital raised about $2.4 billion for Hony Capital Fund V LP, as well as 10 billion yuan ($1.6 billion) for its second local currency fund, according to sister news service Reuters. This was almost double the size of its previous dollar and yuan funds. Hony Capital’s fundraising began in September for the dollar fund with a target of $2 billion.

This week, Reuters reported that Greenpark Capital has launched a $500 million global fund to invest in private equity secondary markets with a $100 million cornerstone investment from International Financing Corp, the finance arm of the World Bank, according to sources familiar with the matter. The fund will initially invest in Asia where Greenpark this month has opened its Hong Kong office and appointed Chin Chin Teoh, a former Bank of America Merrill Lynch managing director and co-head of the bank’s Asia private equity group, as head of Asia.

There are also recent reports that funds-of-funds manager Axiom Asia has raised more than $1 billion for its third Asia fund, according to Reuters sources. Axiom mainly invests in private equity funds, but also specialises in secondary private equity deals.

And Reuters has reported another China-focused private equity firm HAO Capital, founded by former Carlyle Group partner Elaine Wong, has plans to launch its third US dollar-denominated fund this year, underlining the appetite of international investors for investing in China.

peHUB takes a look at the top ten private equity and venture funds in the market this year in Asia, including India, by amount raised. Scroll down to find out more…