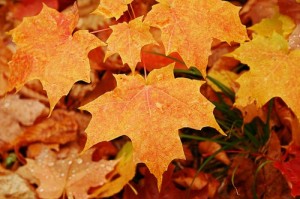 Vancouver-based social relationship platform HootSuite announced on Aug. 1 that it raised US$165 million in a Series B financing round. The deal, which was led by Insight Venture Partners, with participation from Accel Partners and existing investor OMERS Ventures, is in every sense a Canadian record breaker.

The deal also marks a milestone for OMERS Ventures, the investment arm of the Ontario Municipal Employees Retirement System. Since its launch less than two years ago, the fund has operated as a “lifecycle partner” to entrepreneurs and high-growth ventures. In an interview with peHUB Canada, CEO John Ruffolo explains how this principle was applied in the case of HootSuite.

peHUB Canada: The HootSuite financing is the all-time largest in Canadian venture capital history, and it ranks as one of the top four in North America so far this year. Why has the company attracted so much funding?

Ruffolo: OMERS Ventures invested in HootSuite in 2012 because we were convinced – like company founder and CEO Ryan Holmes is convinced – that it will one day become a billion-dollar concern. Social media adoption is happening at a dizzying speed, and HootSuite’s integration solution is ideal for businesses seeking to create and execute social relationship campaigns, and more effectively connect with consumers. People tend to fall in love with technologies, and the fact that HootSuite has rapidly signed on over seven million users worldwide shows that people are passionate about this particular product. 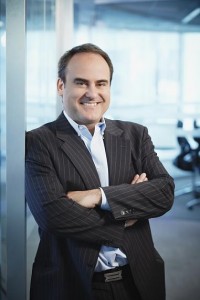 peHUB Canada: Given HootSuite’s track record and latest funding, should companies like Adobe and Salesforce.com be looking over their shoulders?

Ruffolo: I think so. HootSuite’s product is powerful chiefly because of its simplicity and elegance. I think this comes from its early evolution as a finely-honed tool for small and medium-sized businesses. It wasn’t long before large organizations also fell in love with it. HootSuite has been around for only four years, and yet its corporate clientele today includes 237 members of the Fortune 500.

peHUB Canada: OMERS Ventures seems to place emphasis on heavily capitalizing companies perceived as having strong prospects for growth. Is that correct?

Ruffolo: Yes. OMERS Ventures was established as a high-performance investor. We do this by identifying gems in Canada’s emerging tech sectors, and then ensuring they have the capacity to become world-class businesses in Canada. In a handful of cases, these will be “anchor companies” in key clusters – what Ryan has dubbed the “Maple Syrup Mafia.” Too often in the past, domestic ventures have been forced to sell early because they lacked sufficient follow-on resources to grow independently. When we wrote a $20 million cheque for HootSuite last year, it was aimed at forestalling a premature acquisition and giving the business the chance to drive hard on its expansion plans.

peHUB Canada: What’s lost when companies like HootSuite are acquired?

Ruffolo: Venture-backed acquisitions make sense in the right circumstances. But my observation of the Canadian market landscape of the last 20 years is that we have lost far too many promising startups to foreign tech giants. Post-acquisition founders sometimes remain in their local communities to begin anew and launch more startups. However, that doesn’t always happen, which has resulted in a slow bleed in value – IP, innovation, talent. I feel OMERS Ventures is helping remove the capital constraint that is responsible for this situation, and allowing entrepreneurs to adequately scale their businesses.

peHUB Canada: HootSuite is one of eight Canadian ventures that raised over $100 million in a single round – several were from the early 2000’ and didn’t make it. What’s the difference between their experience and HootSuite’s?

Ruffolo: Many of Canada’s big ticket capital-raisers of the past were telecom startups. Massive cheques were written by investors to finance product development, not growth. These days, the majority of IT businesses we come across are using large-sized financing rounds as jet fuel for rapid expansion. HootSuite’s latest round is, in my view, emblematic of a company that has secured the right level of capitalization at the right moment.

peHUB Canada: Has your collaboration with U.S.-based firms Insight and Accel brought more to the table than just money?

Ruffolo: Absolutely. By dint of their market reputations, Insight and Accel have provided a tremendous vote of confidence in HootSuite and its strategy. These firms have backed a number of social media success stories – Insight is a key investor in Twitter, for example, while Accel played a leading role in Facebook’s pre-IPO development. As a result, they will share multiple ideas, contacts and partnership opportunities. Accel’s Ryan Sweeny, Insight’s Jeff Lieberman and I have all joined HootSuite’s board of directors. I know they are as excited about our first meeting as I am.

peHUB Canada: As a HootSuite director, what will you look for in the coming months?

Ruffolo: I’m a big believer in the HootSuite team. When you visit the company, you sense a very positive and purposeful organizational culture. That quality has brought the company much of its success. One of the things I’ll be keeping an eye on is HootSuite’s ability to preserve this quality as it moves from being a mid-sized enterprise of over 300 employees to a larger entity.

peHUB Canada: OMERS Venture is now 22 months old and has made 15 investments to date. As CEO, what have you learned so far?

Ruffolo: OMERS Ventures operates as a patient lifecycle investor. For this reason, we are “stage agnostic.” Our market activity runs the gamut, from seed investments to late-stage projects. One thing I was not prepared for, however, was the number of great innovative businesses we found in Canada that have for some time been getting along by mere bootstrapping. Waterloo’s Desire2Learn, in which we and New Enterprise Associates invested $80 million in 2012, is a singular example. So is HootSuite. Our recent deal-making has paid more attention to these kinds of opportunities.

peHUB Canada: OMERS Ventures recently brought on Haroon Mirza as its first entrepreneur-in-residence. Why was this pick important?

Ruffolo: Haroon is a great pick for us because of his entrepreneurial background – as co-founder and CEO of CognoVision, and then at Intel, which acquired his company in 2010. We’re always exploring new ways to improve our deal sourcing and portfolio value, and Haroon will contribute to both of these objectives. As a successful innovator and operator, entrepreneurs look up to him as a mentor, and our founders are enthusiastic about accessing his knowledge and experience.

Ruffolo: Surprisingly, this summer has been an exceptionally busy time for us – and not just because of the HootSuite deal. So there will be more news coming soon. Stay tuned.