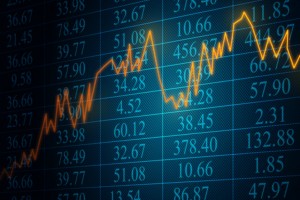 The successful initial public offering of Shopify could prompt Hootsuite, another promising Canadian tech start-up, to tap public markets sooner rather than later, its chief executive said on Thursday.

And a raft of other promising technology compatriots could quickly join them, executives and backers say, in a revival of public capital-raising that would boost a commodity-heavy equity market pummeled by plunging oil and metal prices.

Ottawa-based Shopify’s shares rose as much as 69 percent in the e-commerce software maker’s U.S. debut on Thursday, giving it a $2 billion-plus valuation.

The CEO of Vancouver-based Hootsuite, which sells software to manage social media to companies and organizations, said the investor enthusiasm for Shopify’s launch bolsters their own plans.

“I’ve talked about 18 to 24 months, but I’m very bullish given the success that Shopify has had, and maybe we will want to speed that up a little bit,” Ryan Holmes said at the Canadian Venture Capital and Private Equity Association’s annual conference in Vancouver.

The CEO of D2L Corp, an e-learning company formerly known as Desire2Learn, echoed that sentiment on the sidelines of a Toronto conference, while steering clear of acknowledging a specific IPO plan.

“It does nothing to slow it down,” D2L’s John Baker said. “If anything it reinforces that that’s a great viable option for us if we choose to go down that path in the future.”

“It’s going to prompt more of them to consider that as an option and maybe accelerate plans to go public,” Liston said of the impact of the Shopify IPO on Canada’s tech industry.

Technology companies are looking set to supplant energy and mining firms as the driver of Canadian initial public offerings this year as global optimism about tech startups had boosted valuations and spurred early investors to cash out.

“I’m not in a rush to do it just because everybody else is doing it,” Hootsuite’s Holmes said. “I want to have an amazing business and do it for the right reasons, timing is everything and who knows where the market is going to be, but we are moving closer to that (IPO),” said Holmes.