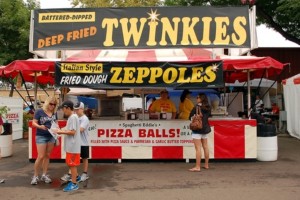 The private equity owners of Hostess Brands LLC are planning to put the maker of Twinkies and Ding Dongs up for sale in early 2015, potentially valuing it at more than $1.7 billion, including debt, according to people familiar with the matter.

Apollo Global Management and C. Dean Metropoulos, which bought Hostess Brands out of bankruptcy for $410 million in 2013, have received inquiries from some potential buyers about selling the cake business, the people said.

Hostess Brands is also having conversations with investment banks Rothschild, Credit Suisse Group AG and Perella Weinberg Partners about advisory roles they are likely to have in a potential sale, the people added.

The sources asked not to be identified because the discussions are private. Apollo, Credit Suisse and Rothschild declined to comment, while Metropoulos, Hostess Brands and Perella Weinberg did not immediately respond to requests for comment.

Deliberations over a potential sale, first reported by the New York Post on Tuesday, follow a remarkable turnaround in the past year and a half spearheaded by Apollo and Metropoulos, a consumer industry veteran.

Hostess Brands currently has annual earnings before interest, tax, depreciation and amortization of around $170 million, one of the sources said.

Based in Irving, Texas, Hostess is one of the largest wholesale bakers and distributors of breads and snack cakes in the United States. Its products, particularly the golden, cream-filled Twinkies cakes, are deeply ingrained in American pop culture and have long been packed in school children’s lunch boxes.

Hostess blamed heavy debt and burdensome wage and pension obligations for its financial woes when it went into bankruptcy.