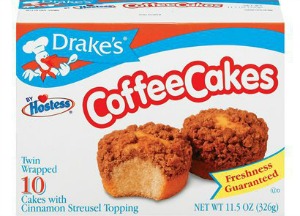 (Reuters) – Hostess Brands Inc plans to submit an agreement next week to sell its Drake’s cake business as part of its bankruptcy reorganization, a lawyer for the company said on Friday.

Heather Lennox, an attorney for Hostess, told a court in White Plains, New York, that Hostess was also in advanced discussions with a number of parties for the remainder of its snack business, which includes Twinkies, according to a spokesman for Hostess.

Lennox also told the court that Hostess expects to file an agreement for the other brands in the near term, according to the spokesman, Thomas Becker.

It was not immediately clear who the agreements would be with, but private equity firm C. Dean Metropoulos said earlier this week that it was working on a deal for some Hostess brands.

“We continue to be very engaged in the bidding process,” Daren Metropoulos, a principal at the firm, which also owns Pabst Brewing Co, confirmed in an email. “We are working to get a deal done.”

Sources familiar with the situation have said that Metropoulos is working with Apollo Global Management. Apollo declined to comment on Friday. Metropoulos was not immediately available.

Hostess shut down its baking business and is liquidating assets after a strike by its baker’s union crippled the 82-year-old company.

The sale of its assets, which range from Wonder Bread and Ding Dongs to baking equipment and real estate, is being run by bankers at Perella Weinberg, who have said they expected to pick initial bidders, or “stalking horses,” for various assets this month.

According to so-called stalking horse deals, the bidders set a baseline bid to acquire some of the bankrupt company’s assets, and are often entitled to a breakup fee if another buyer trumps the offer later.