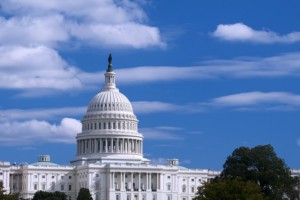 Legislation to exempt most private equity firms from the registration requirement has taken a step forward. But the end is not in sight.

The House of Representatives Wednesday passed a bill to exempt most private equity funds from having to register with the U.S. Securities and Exchange Commission. The bill, known as the Small Business Capital Access and Job Preservation Act, exempts private equity funds levered at a ratio of less than 2:1 from SEC registration. Most firms meet this measure.

However, for the bill to become law the Senate would also have to pass its own version, and the president would have to give it final approval. President Barack Obama has already threatened to veto any such exemption for the private equity industry.

The bill was approved mostly along party lines, with Republicans voting to approve, and defeating amendments proposed by Democrats, who mostly voted against the measure (though more than 30 Democrats did go against the president and voted to approve the bill.) The bill passed by a 254 to 159 vote margin, short of the two-thirds that would be needed to override a presidential veto.

Private fund advisors were required to register with the SEC by the Dodd-Frank financial reform legislation. Firms have had to comply with the law for more than a year.

Representative Steven Horsford, a Democrat from Nevada, characterized the bill as House Republicans trying to “turn back the clock” on financial reform the government has been able to enact since the global financial crisis.

“This bill, despite its title, has nothing to do with small business or creating jobs and everything to do with chipping away at the safeguards put in place when Congress passed financial reform,” Horsford said. “We shouldn’t be trying to gut the system of accountability and oversight, we should be building it up.”

Representative Robert Hurt, of Virginia, cited a window manufacturer in his home district that was “saved” by a private equity investment as a reason to keep the regulatory burden off the industry.