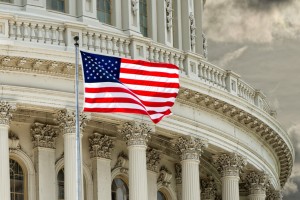 A measure to allow investors to become accredited by virtue of their experience and expertise even if they fall short of net worth requirements drew praise from two private equity industry groups after it won a key vote in the U.S. House of Representatives.

The House of Representatives passed a bill, H.R. 2187, by a vote of 347 to 8 on February 1 after its introduction by Rep David Schweikert, a Republican from Arizona. The bill would allow anyone determined by regulators to “have demonstrable education or job experience to qualify such person as having professional knowledge of a subject related to a particular investment” to become an accredited investor. The person’s credentials would be verified by the Financial Industry Regulatory Authority (FINRA) or an equivalent self-regulatory organization.

Although it passed in the House, no version of the bill has yet to emerge from the U.S. Senate, so it’s unclear if it’ll actually make it to the desk of President Barack Obama to be signed into law. It’s been decades since the accredited investor rules were changed.

It’s not immediately clear how regulators would verify the credentials of investors. Typically, the details would await a rule-writing effort by regulators.

Association for Corporate Growth CEO Gary LaBranche said the measure would help give qualified, experienced people the opportunity to take part in private investments and broaden the options for Americans to diversify their portfolios.

“This bi-partisan action will also increase capital formations and enhance access to capital for small and middle-market companies, the primary creators of jobs,” he wrote in an email to Buyouts.

Jason Mulvihill, general counsel for the Private Equity Growth Capital Council (PEGCC), said the measure wouldn’t affect some of the group’s potential investor base, since many larger private equity firms primarily raise money from qualified purchasers, which have an even higher standard to meet than accredited investors.

Under current guidelines, qualified purchasers must have a net worth of $5 million or more, while accredited investors must have $1 million in net household worth, not including the value of their primary residence, or generate income of at least $200,000 for each of the last two years (if married, $300,000 in combined income).

“Some of the new provisions would make it easier to invest if you passed an exam or if the SEC determines you have the education or job experience that should qualify you,” Mulvihill said.

The measure also includes a requirement to peg the income threshold requirement for accredited investors to the rate of inflation, with an update every five years. The threshold would be adjusted to reflect the change in the Consumer Price Index for All Urban Consumers published by the Bureau of Labor Statistics, according to language in the measure.

A spokesman for Carlyle Group referred questions to the PEGCC. A Pantheon spokesperson did not return an email.