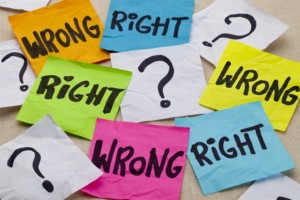 When Teacher Retirement System of Texas’ investment chief learned that his son got an entry-level job at Blackstone Group LP, he checked with his employer about whether he should stay away from the public pension fund’s investments in the world’s largest alternative asset manager.

The pension fund’s board decided Britt Harris, 56, should remain involved but stay away from any investment decisions involving the Blackstone division where his son, Matt Harris, 24, worked.

As a result, the elder Harris has recused himself from TRS investments in GSO Capital Partners LP funds since 2012, the year his son joined Blackstone’s credit investment arm. But he has remained involved in decisions to commit more than $800 million to various other Blackstone funds, including real estate and private equity investments in the energy sector.

Matt Harris’ employment at Blackstone and the subsequent actions taken by TRS have not been previously reported.
There is no suggestion of impropriety in the elder Harris’ relationship with Blackstone.

Harris said his son’s employment did not influence his investment decisions. He said he was the most senior and most experienced investor at TRS and that the aggregate return from its long-term relationship with Blackstone was more than 15 percent per year, far exceeding its 8 percent annual target.

He added that should Matt Harris’ role at Blackstone change to one in which he could have a role in a prospective TRS investment, the pension fund’s board would again review these arrangements.

For now, Blackstone, which has almost $300 billion in assets under management, gives Britt Harris attention it reserves for just a select few institutional investors, according to sources familiar with the firm.

In October, for example, Blackstone Chief Executive Officer Stephen Schwarzman and other senior executives flew to Austin to see him after Harris expressed dissatisfaction with the number of direct investment opportunities that Blackstone offered, the sources said.

When told how one of the largest U.S. public pension funds and its powerful investment officer have handled the potential for a conflict of interest, some industry executives and academics said there could be divergent views on whether Harris should have recused himself from all investment decisions related to Blackstone, and not just GSO.

“There can be differences on what the public views as a concern versus what the insiders and the investment community views as a concern,” said David Hess, an associate professor of business law and ethics at Michigan Ross School of Business.

Campbell Harvey, a finance professor at Duke University, said Britt Harris was an “asset management rock star” and removing him from all decisions related to Blackstone would come with a cost to the pension fund’s performance with Blackstone.

“It is a trade-off of the optics versus doing the best thing for their retirees,” Harvey said.