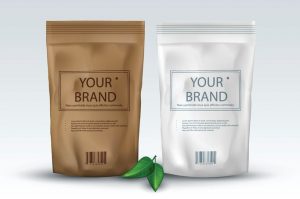 Covid was a daunting period for new firms as LPs shied away from partnering with first-timers. But fundraising wasn’t the biggest worry for Michael Ranson, who spun out of Blue Wolf Capital in June to launch his own firm.

“I knew the world is not short of capital,” Ranson said, referencing his more than 12 years of fundraising experience at Blue Wolf. “But [it’s short] of good companies.”

Astara, which invests on a deal-by-deal basis, injected over $50 million in the company, sourcing capital through traditional LPs and institutional investors, as well as by lining up debt from Fidus Investment Corp. and PNC. M2O served as placement agent to Astara and helped raise the equity.

Garlock, which uses non-rigid materials to make sealable pouches for food products, was carved out from Seaman Paper Company. The division generated well over $100 million in revenue last year as the company grew roughly 18 percent.

Seaman’s CEO Kenneth Winterhalter – “a friend of Astara,” said Ranson – introduced the deal opportunity to the investor in May. The letter of intent was signed in September without involvement of bankers on either side.

For Ranson, both Garlock and a new deal on the horizon have proven that execution is among the most crucial factors to success as a new manager. “The interest in our second platform showed that, for teams that can execute, there’s tons of money out there,” Ranson said.

On the heels of Garlock, Ranson revealed to PE Hub that Astara has signed a second letter of intent for a similar size transaction, which it expects to close late March or early April. The target is in the building products space – a niche in which the firm’s team has operated in the past, he said.

Much like Barton, Bob McKagen, another operator on the team, has worked with other members of Astara when they were associated with Blue Wolf.

Garlock and the upcoming investment, like most other opportunities in Astara’s pipeline, were sourced on a proprietary basis. The goal is to leverage the team’s network of executives and advisors in the industry, according to Ranson.

While Astara has found success as an independent sponsor so far, raising a fund is still in the cards.

It may be on the heels of Astara’s second deal or after that but “we will embark on fundraising sometime this year,” Ranson said.

Meanwhile, Astara will grow the sales and marketing channels at Garlock. “We aim to build a technically-oriented marketing team,” Ranson said.

Looking ahead, Garlock will also use more sustainable packing that can biodegrade easily and strengthen its procurement system. “We will surround the company with resources to significantly improve,” he said.