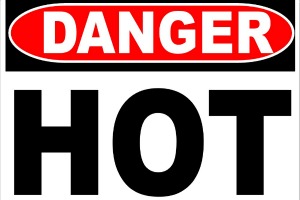 The new Jumpstart Our Business Startups or “JOBS” Act, a bill that has received broad bipartisan support in both houses of Congress, may be cause for entrepreneurs throughout the U.S. to celebrate—but it may also vastly amplify risks for investors in markets that have only begun to recover.

If the moniker “JOBS Act” sounds familiar, it should. In 2004, Congress gave us the “Jumpstart Our Business Strength Act,” which created a tax holiday for corporations to repatriate foreign profits at sharply reduced tax rates. The premise was that those companies would bring their profits home and, flush with cash, go on an investment spree, expanding capital and hiring workers. In fact, neither of those results actually came to pass—the companies that gained the most from the repatriation tax holiday went on to cut thousands of domestic jobs and ship an even greater portion of their operations overseas.

The newest incarnation of the JOBS Act threatens to backfire in much the same way. The rationale underlying the new JOBS Act is that by reducing or eliminating investor protection legislation, it will be easier for smaller companies to raise money from the public. Greater access to capital, in turn, will mean companies can expand operations and hire more.

The centerpieces of this new legislation are “crowd-funding” and the “IPO on-ramp,” programs with catchy names and potentially disastrous consequences.

The crowd-funding provision in the JOBS Act would allow companies to raise up to $1 million from an unlimited number of “unaccredited” retail investors without making disclosures required under current rules. Unaccredited investors are generally those who make less than $200,000 or who have net assets of less than $1 million—that is, investors who generally have less investing knowledge and less financial ability to absorb loss.

Crowd-funding has a number of high-profile backers who contend that many small businesses are finding themselves starved of investment capital because their historic financing sources, bank loans and private equity investors, no longer suffice.

But the JOBS Act crowd-funding provision does not actually address the root cause of small businesses’ funding woes. The simple fact is that all too often their business models, business plans, and operations are just too risky to entice sophisticated capital off the sidelines. Instead, crowd funding will unleash these high-risk ventures on an investing public that—for all the currently mandated disclosures—often has only a limited understanding of the nature of the business risks involved.

In reality, allowing numerous local companies to solicit equity investments directly over the internet with little to no regulation or disclosure creates a Petri dish for fraud. Small, opaque companies with few effective reporting or disclosure requirements advertising broadly for investment money, despite having little of the internal infrastructure to maintain a full-featured investor relations office – what environment could be better for the unscrupulous?

The less glamorous, but even more troubling proposal in the JOBS Act, the IPO on-ramp, would give “emerging growth” companies up to five years to come into compliance with disclosure requirements intended to protect investors. The catch? “Emerging growth” companies can have a market float up to $700 million and revenues up to $1 billion a year—giving large numbers of public companies a free pass to avoid regulations put in place after the Enron, WorldCom, and Lehman collapses, including the Sarbanes-Oxley requirement that an independent auditor sign off on the company’s statements certifying their internal controls.

Few would disagree that broad participation in vibrant capital markets is a key element to a robust recovery and long-term growth. However, U.S. equity mutual funds have seen net outflows of over $470 billion since 2007, and outflows in ten of twelve months during 2011, a trend that looks to continue in 2012. With the American public clearly wary of stepping back into the equity markets, is the solution really to unleash greater uncertainty on once-burned investors?

Our capital markets have only lately begun to shake off the shock of the liquidity crisis, the effect of the sub-prime housing crisis on our banking system, and more recently the embarrassment from a wave of fraudulent reverse mergers that allowed foreign companies to raise capital on U.S. exchanges with surprisingly little scrutiny. Numerous investors lost millions of dollars with little recourse, and not all were small-time traders: John Paulson’s storied hedge fund Paulson & Co. lost an estimated $500 million when Toronto-listed reverse merger company SinoForest was revealed to be mostly smoke and mirrors. Concerns about the spate of reverse merger frauds were great enough that the Securities and Exchange Commission—at the behest of the exchanges themselves—tightened the rules surrounding the process.

The IPO on-ramp reverses these steps, and threatens to create an ever-expanding universe of rather large “small” companies that the S.E.C. would be expected to oversee. But in almost the same breath that Congress threatens to increase the burden on the S.E.C.’s oversight capacity, the House Financial Services Committee recently voted down a proposed S.E.C. budget increase.

Given these concerns, it is perhaps not surprising that an array of financial heavyweights lined up against the JOBS Act, including S.E.C. Chairman Mary Shapiro and Lynn Turner, former chief accountant for the S.E.C. who concluded that the legislation “won’t create jobs, but it will simplify fraud.” Now that the legislation is fait accompli, investors would be wise to heed their warnings.

Michael W. Stocker is a Partner with Labaton Sucharow. Opinions expressed here are entirely his own.