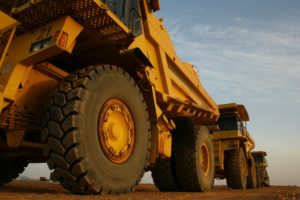 Tecum, which typically invests between $5 million to $20 million, gained a 16 percent stake in MWE through the deal, according to a local article referenced by Sean Edmonson, vice president at Tecum.

The three firms’ combined investment falls under $100 million, according to Edmonson.

Provariant was formed in early 2018 by four colleagues from Linsalata Capital Partners – one of Ohio’s oldest private equity firms. The partners don’t follow the common PE strategy of raising a fund before investing.

“Our current ambitions and focus are not to raise a blind pool of funds,” said Murad Beg, a partner at Provariant, based in Cleveland. “We are going around finding the right opportunity and then raising a fund around it.”

By the end of 2019, the three firms were wrapping up financial terms. “We did a lot of work around the [prospective buyers’] history, reputation and experience,” Beg said. Cultural alignment with the company and Provariant took precedence over capital requirement, he said.

Midwest Equipment Sales, also based in Ohio, fit Tecum’s playbook of backing entrepreneur-owned businesses. “We got into this pre-covid, so we really spent a lot of time closing this,” Edmonson said.

As the noise around coronavirus started to build up, “we spent a lot of time in the due-diligence of the supply chain early on,” Beg said.

The provider of tracks, tires and undercarriage parts sources products from Asia – a region that showed early signs of supply-chain disruption due to the virus.

Even so, MWE remained relatively insulated from the pandemic: “[MWE] prior to us getting involved had made some strategic moves to shift its supply chain within various parts of the world well ahead of time,” Edmonson explained.

Both Tecum and Provariant envision growth through organic efforts, as the opportunities to expand through acquisitions are bleak. Any potential add-on would need to be highly accretive to its existing tiers and tracks segments, Edmonson said.

“Based upon what the investor group has seen, there are not many quality add-ons out there,” Edmonson added.

No annual sales figures were disclosed, but MWE over the last several years has produced a double-digit compound annual growth rate, according to Edmonson.

Provariant aims to invest in three to four companies north of the $5 million to $6 million EBITDA range over the coming years, according to Beg.

Action Item: For more information on the deal, check out the press release.