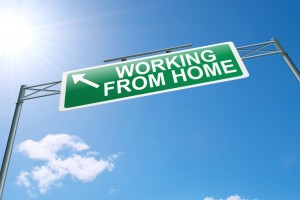 Finally here. What are we, a month into the lock down now? Looking forward to the weekend …

We have some reader feedback on various things, which I’ll post below. But before that, check this out. A secondary deal closed right in the middle of the economic downturn:

Big deal: CPPIB closed its sale of a portfolio of LP stakes valued at around $1.2 billion, even as the markets collapsed in the novel coronavirus-fueled shutdown. Ardian was lead buyer on the transaction, while Lexington Partners also was a buyer.

The deal closed on March 31, sources told me. The portfolio included stakes in some brand-name funds like Blackstone Group and Apollo Global Management, they said.

So how’d the deal get closed, when most other large secondary processes have been put on hold for the foreseeable future? The lag in private equity reporting makes it hard for buyers to price transactions right now. LP portfolios can be especially challenging to price because they generally contain multiple funds with numerous underlying assets, all of which have to be valued.

The story here is that the CPPIB deal was signed up well before governments around the world decided to shut down economies, keeping people at home to slow the spread of the virus. This means the buyer would have little recourse to get out of the deal. Many M&A transactions include material adverse condition provisions buyers can use to get out of deals, but invoking a MAC clause is considered an extreme move that can lead to lawsuits.

It’s not clear if this deal, or most secondaries deals, contain provisions to break signed deals. Read my full story here on Buyouts.

Doing Good: The Leon Black family is donating $20 million to NYC Healthcare Heroes, which provides support to 100,000 NYC healthcare professionals who are helping fight covid-19. Apollo and its portfolio companies pledged more than $50 million to global relief efforts. Check it out here.

Feedback: Yesterday I asked for your thoughts on this great Working From Home experiment and whether this will change the way we view work even after the outbreak fades. Here’s a few responses (most edited for length):

Andrea: There will be a more binary viewpoint on WFH. The people who originally didn’t believe in it and don’t enjoy it, will feel the same about not promoting it. The more drastic change will stem from the people who always wanted to WFH and have now been given the opportunity to try it. Many of these people will realize that the benefits of WFH make their life much smoother and more efficient, and they will place even greater emphasis on working for a company that allows partial WFH schedules. For the companies that don’t allow WFH at all, they may lose employees who have realized (really confirmed through forced experience) that they truly value this flexibility.

Matt: For me, this work-from-home ‘forced experiment’ has been eye-opening and I think (and hope) it will have continued effects on the future of work. As much as firms have talked about communication and collaboration over the years as buzzwords, we’re undertaking a live case study in the increased importance of and relative ease in which each can be accomplished. The amount of output I’ve seen and experienced from my team in the last month has only improved and increased, in spite of all the externalities around us. My guess is that companies with a flexible WFH policy will be significantly advantaged when it comes to talent search and retention compared to the ones who still adhere to the stale paradigm that physical presence equates to productivity and the lack of physical presence denotes a lack of productivity.

Top Scoops
We also have some feedback from my interview with Erik Hirsch, vice chairman of Hamilton Lane, who made the point that the enormous level of uncalled capital in private markets, around $2 trillion, will be a benefit to global economies. Check it out:

However, the uncalled capital:
1) Is not new cash that is uninvested. As LPs will likely have to sell stocks to finance the capital calls. Some less sophisticated LPs (usually LPs of smaller funds) are actually already missing capital calls because they don’t have the capital available. The more sophisticated ones are obviously more likely to hit their capital calls, but they still likely have to sell something to get cash and wire it to the GP. So all in all this will be closer to net neutral on the impact to capital markets and the economy

2) Could be used to make investments at lower valuations into portfolio companies of other PE firms, but it is usually not meant to save a failing portfolio company. PE/VC firms do have reserves to invest more into their portfolio companies, but an LP would want any new investment to be made at an appropriate valuation. That means the PE firm needs to at least run some sort of a process, otherwise there would be a conflict. The loss of value has to occur. LPs do not want “good money chasing bad,” they want better investment opportunities, which will likely be new investments.