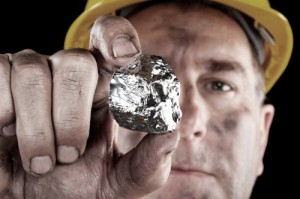 Vancouver-based Huldra Silver Inc., a silver mining company, has received the first tranche of a $4.8 million debtor-in-possession loan from its primary creditor, Waterton Global Value LP, managed by Canadian private equity firm Waterton Global Resource Management. Huldra also announced it has agreed to seek advice from Haywood Securities Inc. concerning its financial affairs and other matters. The company is currently under the protection of the Companies’ Creditors Arrangement Act.

VANCOUVER, BRITISH COLUMBIA–(Marketwired – Aug. 16, 2013) – Huldra Silver Inc. (“Huldra” or the “Company”) (TSX VENTURE:HDA) announces that it has obtained a secured debtor-in-possession loan (the “DIP Loan”) from Waterton Global Value, L.P. (“Waterton”), the primary secured creditor of the Company, pursuant to a credit agreement dated August 15, 2013 (the “Credit Agreement”). The DIP Loan was authorized by an initial order (the “Order”) of the Supreme Court of British Columbia (the “Court”) pursuant to the proceedings under the Companies’ Creditors Arrangement Act (Canada) (“CCAA”) previously announced in the Company’s news release dated July 26, 2013.

Garth Braun, Chief Financial Officer and Director, stated: “The Company’s strong relationship with Waterton has resulted in the parties working collaboratively during the CCAA process and in achieving the DIP Loan. The Company will have to work collaboratively with all other stakeholders during the CCAA process in order to maximize value for all stakeholders.”

Under the first tranche of the First Advance, the Company drew down $1,189,024, of which $502,671 was used to re-pay the principal and interest owed to Waterton pursuant to a $500,000 promissory note dated July 8, 2013, $115,000 of which was used to pay the costs and expenses of Waterton pursuant to the Credit Agreement, and the balance of $571,353 was advanced to the Company. The proceeds of the first tranche will allow the Company to continue its care and maintenance program at its mine and mill while attempting to restructure its financial affairs.

Under the terms of the Credit Agreement, the obligations of the Company in connection with the DIP Loan have been secured by a super-priority court-ordered charge (the “Charge”) over all present and after-acquired property, assets and undertakings of the Company, and by guarantees of each of the Company’s subsidiaries in favour of Waterton. The Charge shall rank in priority to all other creditors, interest holders, lien holders and claimants of any kind whatsoever, subject only to an administrative charge in favour of the Monitor and its counsel in an amount up to $300,000, and a lien with respect to certain of the Company’s leased premises in an amount up to $25,000. The Company and its subsidiaries have entered into certain ancillary agreements to secure the obligations of the Company under the DIP Loan, including general security agreements, share pledge agreements with respect to the shares of the subsidiaries, and debentures with respect to the properties and mineral interests owned by Company and its subsidiaries. The Company also agreed to certain covenants and negative covenants as set out in the Credit Agreement. The Credit Agreement contains a number of events of default, including without limitation, the failure to make any payment to Waterton when due, the breach of, or failure to perform
or observe any covenant, the failure to pay any other debt exceeding $50,000 when due, the failure to perform any material agreement, any judgment or order for the payment of money in excess of $50,000.00 being rendered against the Company, certain events happening in the CCAA proceeding and a number of other enumerated events.

Any advances under the DIP Loan are repayable in an amount in cash equal to the aggregate of the following payments: (a) the amount arrived at when (i) dividing the amount being repaid by 76.5% of the spot price of silver on the business day immediately preceding such repayment date and (ii) multiplying the result thereof by such spot price; and (b) the Profit Participation Amount (as calculated pursuant to the Credit Agreement) relating to such repayment date.

The DIP Loan has received conditional approval of the TSX Venture Exchange (the “TSXV”) and remains subject to final TSXV approval.

Royalty Agreement
In connection with and as partial consideration for the DIP Loan, the Company also entered into a Royalty Agreement with Waterton, whereby the Company granted to Waterton a 2% net smelter return royalty on the production of all minerals from the Treasure Mountain Property (the “Royalty”). The Royalty will be terminated if: no amounts are drawn by the Company under the DIP Loan on or before August 22, 2013; and the Company repays Waterton in full all amounts owing under the original credit agreement dated June 16, 2011 between the Company and Waterton, the term sheet dated July 23, 2013 between the Company and Waterton and the Credit Agreement on or before August 22, 2013.

CCAA Proceeding
CCAA protection stays creditors and others from enforcing rights against Huldra and affords Huldra the opportunity to continue attempting to restructure its financial affairs. The Court has granted CCAA protection for an initial period of 30 days, expiring August 26, 2013, to be extended thereafter as the Court deems appropriate. While under CCAA protection, Huldra will continue attempting
to restructure its financial affairs and recommence operations at its mine and mill under the supervision of the Monitor. The Monitor will also be responsible for reviewing Huldra’s ongoing operations, liaising with creditors and other stakeholders and reporting to the Court.

The Monitor will continue to work with the Company to develop a plan of compromise or arrangement with one or more of the Company’s classes of creditors pursuant to the CCAA and the Business Corporations Act (British Columbia).

Strategic Advisory Agreement
The Company also announces that it intends to enter into an agreement with Haywood Securities Inc. (“Haywood”) whereby Haywood would provide strategic advisory services to the Company, including the identification of alternatives to resolve the Company’s current debt obligations and to unlock value from the Company’s assets. The Company intends to pay Haywood a work fee and success fee depending on the outcome of the services provided. The terms of the agreement with Haywood are still being negotiated and may change. The final agreement is subject to the
TSXV Approval.

On behalf of the Board of Directors
Garth Braun, CFO & Director