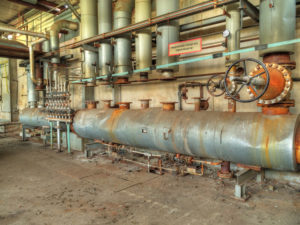 Later this morning, Huron Capital Partners will announce that the Detroit-based firm has launched Exigent, a new platform company headquartered in Glenn Dale, Maryland, and focused on providing mechanical services – such as HVAC, plumbing, power, and energy efficiency – to large facilities in the education, healthcare, industrial, government and commercial sectors.

PE Hub spoke with Scott Hauncher, partner, and Mike Zukas, principal, at Huron to learn more about the plans.

Exigent is the latest platform for Huron’s “ExecFactor” strategy, in which the firm partners with an executive. The foundational acquisition is American Combustion Industries (ACI), which focuses on boilers, chillers and plumbing. ACI president Tim Kirlin will maintain an equity stake in Exigent and will join the company’s executive team.

“By leveraging years of experience building services businesses, we have developed a deep understanding of these industries, along with a repeatable playbook for execution and a network of executives and resources to help us succeed,” explained Hauncher.

“Essentially, we have developed a thesis around what we’re calling ‘critical services’ to the non-residential space,” he continued. “That began with a methodological white paper we composed a few years ago. Originally it was focused on the boiler services space, but it has since developed even more broadly as we’ve invested in and grown some of these commercial and industrial service businesses over the last few years.”

The types of businesses Exigent is targeting include boilers, chillers, backup power, plumbing, HVAC, electrical, controls and refrigeration, just to name a few.

“There’s a wide range of critical services that are needed in these non-residential facilities,” he said.

There is also an ESG component here, which has become more of a focal point in the finance world.

“The eastern region of the US has an enormous installed base of aged buildings that need these services on a regular and recurring basis,” Hauncher said. “One important benefit of the critical services space is that many of these offerings help with energy efficiency by repairing and servicing existing facility infrastructure or by installing new equipment and transforming the facilities to more modern energy-efficient climate and energy systems.”

Hauncher noted that Huron developed a broad thesis for investment and was searching for the right business to be the foundation of the Exigent platform.

Then Huron came across an acquisition opportunity in ACI.

“Tim Kirlin had established a very sound business in the DC and Baltimore markets, and he wanted to grow but needed to find the right partner to work with,” Hauncher recalled. “Tim believed in the vision for Exigent and felt that Huron’s resources and experience were a perfect fit for what he was looking for.”

The vision for Exigent is to create “a super-regional leader that is focused on these critical systems for nonresidential markets,” according to Hauncher.

“M&A is part of that, but it’s a combination of M&A and organic growth,” he said.

“We’ve seen that play out multiple times,” he explained. “M&A, when combined with the investment that we make into entrepreneurs, technology and equipment at our companies, has typically allowed them to grow faster than the market.”

The approach results in “a business that has a level of sophistication and a wide breadth of services that mom-and-pop businesses cannot match,” Hauncher said. The strategy also can help a portfolio company be an “employer of choice, and you’re able to serve larger customers in multiple markets.”

“What’s more mission-critical than keeping a hospital up and running? The systems that Exigent services not only impact the climate within the hospital but the hospital’s ability to sanitize equipment,” he said. “Keeping the boiler up and running to provide steam heat is critical for hospitals. Exigent also services chillers in the summer and plans to add more services as it grows.”

He noted that this large industry has tailwinds that will “propel growth long past our investment horizon,” and that fragmentation is key.

“Our plan is to start with ACI,” Zukas said. “Behind ACI, there are several other businesses in our pipeline that we are in discussions with. By deploying Huron’s ExecFactor buy-and-build strategy through Exigent, our goal is to build more of a one-stop shop. Eventually, we will expand beyond boilers and chillers in the hospital – maybe we move into power, or maybe we move into more plumbing. Hospitals are just one example where infrastructure is aging in those areas – they need upgrades as well as 24/7 repair/service work, which is what we are providing now and will continue to provide more of as we build the platform.”