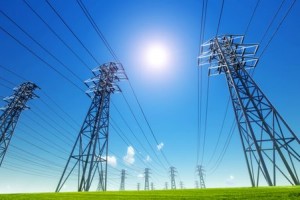 Hydro One Ltd (TSX: H) has agreed to acquire Great Lakes Power Transmission LP, a regulated electricity transmission business operating along the eastern shore of Lake Superior, near Sault Ste. Marie, Ontario. Hydro One agreed to pay $222 million in cash for the business to current owner Brookfield Infrastructure. It will also assume Great Lakes Transmission’s $151 million in outstanding indebtedness. Hydro One said that upon the deal’s close it will operate about 98 percent of Ontario’s transmission capacity. An electrical transmission and distribution utility, Hydro One went public late last year, raising over $1.6 billion.

TORONTO, Jan. 29, 2016 /PRNewswire/ – Hydro One Limited (TSX: H) (“Hydro One” or “the Company”) announced today that its wholly-owned subsidiary Hydro One Inc. has entered into a purchase agreement to acquire from Brookfield Infrastructure various entities that own and control Great Lakes Power Transmission LP (“Great Lakes Transmission”), an Ontario regulated electricity transmission business operating along the eastern shore of Lake Superior, north and east of Sault Ste. Marie, Ontario, for $222 million in cash, subject to customary adjustments, plus the assumption of approximately $151 million in outstanding indebtedness.

“Following Hydro One’s successful IPO and the recent acquisition of three Local Distribution Companies, this transaction is further testament to the people and potential of Hydro One”, said Mayo Schmidt, President and CEO, Hydro One Limited. “Our intense focus on customers and communities together with our disciplined approach to leveraging strategic opportunities is an important combination as we move forward with the transformation of this company.”

The transaction is conditional upon the satisfaction of customary closing conditions, including receipt of Competition Act (Canada) approval and approval of the Ontario Energy Board.

National Bank Financial Markets acted as financial advisor and Osler, Hoskin & Harcourt LLP acted as legal counsel to Hydro One in connection with the transaction.

Hydro One is Ontario’s largest electrical transmission and distribution utility with more than $23 billion in assets and 2014 revenues of over $6 billion. The Company’s regulated transmission and distribution operations are owned by its wholly-owned subsidiary, Hydro One Inc. Hydro One delivers electricity safely and reliably to over 1.2 million customers across the province of Ontario, and to large industrial customers and municipal utilities. Hydro One owns and operates Ontario’s approximately 29,000 km high-voltage transmission network and an approximately 122,000 circuit km primary low-voltage distribution network.

This press release may contain “forward-looking information” within the meaning of applicable securities laws. Such information includes, but is not limited to: the Company’s objectives, goals, strategies, intentions, plans, with respect to the Great Lakes Transmission business, the Company’s expected ownership percentage of transmission capacity in Ontario after completion of the transaction and the expected timeframe for closing of the transaction. Words such as “expect”, “may”, “intend”, “will” and variations of such words and similar expressions are intended to identify such forward-looking information. These statements are not guarantees of future performance or actions and involve assumptions and risks and uncertainties that are difficult to predict. Therefore, actual outcomes and results may differ materially from what is expressed, implied or forecasted in such forward-looking information. For more detail on these risks and uncertainties, please refer to: (i) the Company’s filings with the securities regulatory authorities in Canada, which are available at www.sedar.com and (ii) Hydro One Inc.’s filings with the securities regulatory authorities in Canada and the United States, which are available at www.sedar.com and www.sec.gov, respectively. The Company and Hydro One Inc. do not intend, and they disclaim any obligation, to update any forward-looking information, except as required by law.