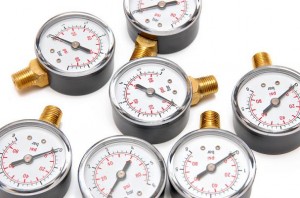 Toronto-based Hydrostor Inc. has obtained a first-time venture capital financing round from MaRS Cleantech Fund, the amount of which was undisclosed. The company is the developer of technology to convert surplus electrical energy to underwater compressed air and store it for use at peak times. The MaRS Cleantech Fund, formed in 2012 and affiliated with MaRS Discovery District, invests in early-stage clean technology companies.

TORONTO, May 6, 2013 /PRNewswire/ – The MaRS Cleantech Fund is pleased to announce the completion of a venture deal with Toronto energy storage firm Hydrostor. Hydrostor’s technology converts surplus electrical energy to underwater compressed air and stores it for use at peak times.

“Our fund targets technologies that change the energy game, and low-cost storage is at the top of our list,” says Tom Rand, co-managing director of the MaRS Cleantech Fund. “This is grid-scale technology, meaning that it has the ability to store energy on a level that will significantly impact our electricity grid. If you combine Hydrostor’s technology with solar, or wind, you get cost-competitive base-load renewable power that will disrupt global energy markets.”

Hydrostor’s proprietary technology is based on a simple idea: Anchor a low-cost air cavity to the bottom of a lake or ocean floor, and store energy for use when it is most needed. Surplus renewable electricity is used to drive a compressor that pressurizes atmospheric air to the pressure found at the sea floor offshore. The heat produced during compression is extracted from the air and stored in an insulated thermal reservoir. The air is stored in low-cost underwater accumulators, where the weight of the water keeps it at a constant pressure until required. When demand for electricity is again high, the system is reversed: The weight of the water forces the air back to the surface, where it collects the stored heat and drives an expander, reproducing approximately 70 per cent of the input electricity and releasing the air back into the environment.

The core advantage of this method is cost; Hydrostor can deliver grid-scale energy storage at a fraction of the price of competing technologies. Hydrostor has two commercial projects under development. The first is in collaboration with utility host Toronto Hydro-Electric System Limited (Toronto Hydro). The second, with the national utility of a Caribbean island, will store wind power generated at night when it can’t otherwise be used.

“Our project in the Caribbean will show renewables can compete directly with fossil fuels for island nations,” says Cam Lewis, CTO and founder of Hydrostor. “By storing wind power at night and releasing it during the day, we turn wind power into something really useful. We can replace diesel generation today.”

“The idea that wind and solar developers will be able to bid on base-load energy contracts is very exciting,” added Murray McCaig, co-managing director of the Fund. “We’ll be working with global partners, who can deliver large-scale energy projects, to bring this technology to market.”

Early-stage venture capital is in short supply in Canada, particularly in the burgeoning global cleantech sector. The MaRS Cleantech Fund targets outsized returns by filling that gap in what is estimated to be a $2-3 trillion dollar market by 2020.

“We’d like to thank the MaRS Cleantech Fund and our other A-round investors for the confidence in Hydrostor and support they have demonstrated,” says Hydrostor CEO Curt VanWalleghem. “We look forward to rapidly commercializing our scalable underwater compressed air energy storage technology.”

MaRS Cleantech Fund LP is a Canadian venture fund focused on early-stage cleantech investing. The Fund has developed a unique early-stage investment model through its partnership with one of the largest innovation centers in world, MaRS Discovery District. Through MaRS, the Fund is able to provide strategic advisory services and introductions to global corporate partners. The Fund is managed by Tom Rand (Twitter: @trand) and Murray McCaig (@murraymccaig), experienced entrepreneurs who bring a wealth of startup experience to their portfolio companies.