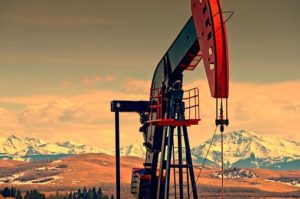 As the coronavirus ravaged consumer oil demand, merchants and traders rushed to bulk-liquid storage facilities. The scramble led to low oil storage capacities, and the price of a barrel of US oil plummeted to negative $37.63 last month (though has since bounced back some).

But one PE investor was able to capture the upside of this oil-market mayhem.

I Squared Capital closed a deal with Rubis Terminal, a provider of critical bulk-liquid storage facilities, over two weeks ago. The firm, which entered exclusivity in 2019, refused to comment on valuation, but the publication China Go Abroad in 2019 reported the division could command more than $550 million in a potential sale.

In addition, dislocation in the oil market seemingly impacted the final deal valuation, as per a source. “Think of it this way: if the business benefits financially, what does that mean for valuation?” the source told PE Hub when asked how the company’s upsurge in sales impacted the deal’s valuation.

Paris-based Rubis in its first quarter earnings reported almost $90 million revenue from bulk liquid storage. The subsidiary of Rubis – a publicly listed company in France – saw a strong demand for storage capacity as positive future prices of oil fueled sales from traders at the end of the quarter.

“[Given] the dislocation in the oil market as a result of covid, strategic storage assets have become a key commodity,” said Mohamed El Gazzar, partner at I Squared Capital based in London, and lead partner on the transaction.

“Because we have storage availability, on a net-net basis Rubis is benefiting,” he added. The press release stated that its occupancy levels are nearly 100 percent.

The investment firm held discussions with the group for two years before closing the deal. “We had a long interest in [the] storage space in Europe; it’s a sector we evaluated for quite some time,” Gazzar said.

The deal was also not aggressively shopped around.

“The company would have launched an auction inviting six bidders, but no one saw this deal,” the source said.

Rubis Terminal issued a European high-yield bond worth €410 million to fund I Squared Capital’s purchase, which was a mix of debt and equity. The PE firm will jointly control Rubis Terminal, holding 45 percent of the company’s shares.

The PE firm’s plans for the storage company include consolidation in France, diversifying the product mix and foraying into new geographies, Gazzar said. “There are [some] 200 small terminals in France, so they [Rubis Terminal] see us as someone who can work with them to consolidate,” he said.

The investment by the infrastructure specialist brought the group’s net debt/EBITDA ratio down below 0.4x, compared to 1.2x the previous quarter.

I Squared invested in Rubis Terminal, which holds 13 terminals and 100-plus contracts, through the $7 billion ISQ Global Infrastructure Fund II.

Action Item: Check out the latest Form ADV filed by I Squared Capital.