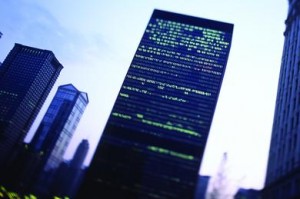 IBM already has a technology campus there and will work with IDA Ireland, a government body designed to attract foreign investment in the country, and Enterprise Ireland, the body charged with encouraging the growth of Irish companies, to improve VC investment in Irish software companies.

The brief of the European Venture Capital Centre is to help companies access venture money from funds across Europe, as well as offering businesses mentoring services and access to IBM’s in-house partnership programmes and research activities.

The innovation centre will support new software companies, offering start-up managers advice on development and testing as well as providing workshops and seminars. Businesses will also have access to IBM’s testing, porting and enablement services.

Irish Enterprise Minister said: “The selection of Ireland as the location for IBM’s European Venture Capital Centre is a further endorsement of the excellent long standing relationship between IBM and Ireland. Just two months ago, I announced that IBM corporation will invest significantly in its technology campus in Mulhuddart to grow its Dublin-based software development operations, establish a business incubation centre and enhance its supply chain capacity with support from IDA Ireland.”

IBM simultaneously announced a strategic collaboration with Enterprise Ireland which will give companies access to IP and licensing opportunities. The agreement will serve to underline just how important Enterprise Ireland is to the country’s venture capital market.

Under the Seed and Venture Capital Programme 2000 – 2006, Enterprise Ireland invested €98m in 2005 by backing 15 funds, and over €50m was invested the same year by these funds, bringing the total invested since 2001 by the partnership funds to €183m in 99 companies. According to the summer publication of the 2005 report by Enterprise Ireland, 83% of the total capital invested was committed to start-up businesses.

In May this year the body continued to show its dedication to young Irish technology with the establishment of a €30m fund designed to build a stronger and more professional technology transfer offices within Irish universities.