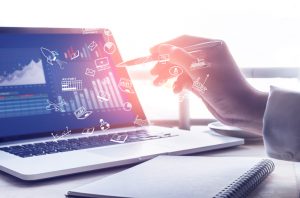 I am writing to you from Cayuga Lake, in the Finger Lakes. This area has entered Phase II of covid-19 reopening, and it’s nice to see a resemblance of normalcy. We ate at a restaurant – sitting outside 6 feet apart from other tables — for the first time since late February. I must say I never appreciated such ordinary things.

Money Management
Money management is proving to be a growing business in the wake of covid-19. I caught up with Mike Hollander of GTCR this week to dig into the firm’s recent investment in CAPTRUST.

The firm recently made a 25 percent growth investment in the Chicago-based registered financial advisor – a rather unusual deal for GTCR, which typically buys control stakes in companies. This time, the growth and minority playbook made sense, Hollander said.
CAPTRUST saw positive cash inflows from clients in Q1, a time when stock markets turned south due to the economic uncertainty.

According to Hollander, it underscores the counter-cyclical resilience of registered financial advisors.

“When you go through a period of market dislocation and turmoil, people again want to turn to a trusted advisor. So our perspective is that the RIA market will actually see benefits from some of the increased volatility that we are seeing today,” Hollander said.
GTCR plans to grow CAPTRUST through additional M&A and already has a few deals in its pipeline.

“CAPTRUST has a very robust M&A pipeline right now; they are talking to both institutional wealth managers and high net-worth RIAs,” Hollander said. “Our expectation is that CAPTRUST will get several M&A deals done in the second half of the year.”

Read more about GTCR’s investment in my story.

Lemonade, a digital insurance provider backed by Softbank, General Catalyst and Tusk Venture Partners, filed for an IPO on Monday.
Lemonade, which is using technology to make insurance more affordable and attractive to consumers, is targeting $100 million in the public offering, according to the filings. However, the company that is backed by $480 million in private capital, is far from being profitable.

InsurTech has become a popular destination for investors’ capital and Lemonade was one of the hottest targets. But according to some investors in the sector, Lemonade is an example of the flaw of growth equity in the hyper markets that fell in the pandemic downturn.

“Lemonade at the contemplated valuations is exactly the symptom of irrational behavior that have characterized investment activities in early-stage growth and venture,” one fintech GP recently told me.
So what does Lemonade’s valuation mean for the industry?

“I laugh when I see Lemonade, especially since it will likely trade up for a while as investors are unwilling to acknowledge or embrace the reality that the emperor is not wearing clothes!” the investor said.

Do you agree or disagree? Hit me up with your thoughts at mvinn@buyoutsinsider.com.

Top Scoops
One Equity closed a cross-fund deal with platform Orion Innovation, held in the firm’s seventh fund, which acquired Zodiac Systems out of One Equity’s sixth fund, Chris wrote today. Fund VI will retain a stake in Orion.

To do this deal, One Equity brought in third-party valuation expertise to opine on the value of the deal, according to Chip Schorr, senior managing director at One Equity.

“We took this very seriously. The independent directors of Zodiac led the negotiations from that side. We brought in third-party valuation experts to opine on value and we discussed with both LP advisory boards frequently and presented the final deal to both bodies for their approval,” Schorr said. Read more here.

Fraser Preston, former HIG Capital executive who launched emerging manager American Pacific Group, wants firms to put money where their mouths are when it comes to fighting racism. American Pacific, which closed its debut fund in February on $450 million, pledged 5 percent of annual revenue, or about $500,000, to anti-discrimination initiatives and new opportunities for underserved communities, writes Kirk Falconer on Buyouts. Read it here.

That’s it! Have a great day. Hit me up as always with tips n’ gossip, feedback or just to chat at cwitkowsky@buyoutsinsider.com, on Twitter or find me on LinkedIn.