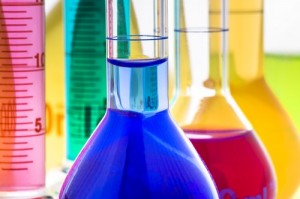 Québec City-based Unipex Group, which specializes in the development, production, marketing and distribution of active ingredients, specialty chemicals and other chemical products, has acquired 100% of the shares of Kirkland, Québec’s Baralex Inc. from Manitex Capital Inc. The acquisition price was C$2.8 million. Unipex is majority owned by European private equity firm IK Investment Partners, which bought the company from AXA Private Equity in 2012.

We are pleased to announce that Unipex Group, through its wholly owned Canadian subsidiary, Unipex Solutions Canada inc., has acquired all the issued and outstanding shares of Baralex inc. from Manitex Capital inc.

Baralex is based in Kirkland, Quebec whose primary business activities relate to the commercialization of Active Pharmaceutical Ingredients (API) sourced globally and sold to key customers in the pharmaceutical industry in Canada and the United States.

With the acquisition of Baralex, Unipex Solutions Canada continues to expand its product offering to pharmaceutical manufacturers in Canada and the United States. “This acquisition is a strategic move for Unipex and is another step in creating a larger presence in the Pharmaceutical API sector”, said Patrice Barthelmes, CEO of the Unipex Group. Mr. Barthelmes went on to elaborate: “We are pleased to have our pharmaceutical team enriched by a team of professionals who will contribute to our development in this market. This is very positive following the successful integration of the Debro Pharma business in 2012.”

Mr. Steve Saviuk, Chairman and CEO of Manitex commented that: “The acquisition of Baralex by Unipex will provide Baralex with additional resources and a global network to augment its growth. This transaction will allow Manitex to redeploy its assets in other growth areas.”

Over the next few months, Baralex will continue to operate under its current name, but will gradually include the Unipex trademark.

Baralex is a Canadian based Distributor and Manufacturers Agent with specific focus on APIs. It specializes in providing comprehensive technical sales, marketing, regulatory and supply chain solutions to a broad range of generic and branded pharmaceutical producers located throughout Canada and the United States. Baralex’ long term relationships with both its customers and its suppliers, gives it a leading position in the market sector it serves.

Unipex Group is a privately held company specializing in the development, production, marketing and distribution of active ingredients, specialty chemicals and other chemical products in the cosmetics, pharmaceutical, nutrition and industrial sectors. It is also active in the areas of vigilance and consumer testing through its Iris division. Its distribution and marketing network serves more than 50 countries in North America, Europe and Asia. It counts six offices across North America and Europe. Unipex Solutions Canada is the wholly-owned subsidiary of Unipex Group responsible for the North American distribution activities of the Unipex Group in the cosmetics, pharmaceutical, nutrition and industrial sectors. Additional information regarding the Unipex Group is available on its website www.unipex.com.

Manitex specializes in acquiring interests in emerging and established companies and actively participates in increasing shareholder value in these businesses. Manitex currently has 12,361,276 common shares outstanding which are quoted for trading on the TSX Venture Exchange.