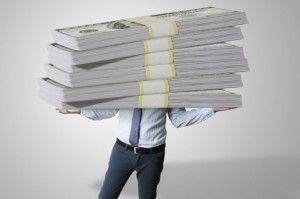 New Mountain Capital, which last week announced a major exit, is getting more money back.

Ikaria Acquisition is a subsidiary of Ikaria Inc. In 2007, Ikaria merged with INO Therapeutics in a $670 million deal. New Mountain, ARCH Venture Partners and Venrock Associates funded the transaction. New Mountain’s cash investment in Ikaria was $220 million, a source says.

Hampton, N.J.-based Ikaria makes INOMAX, which is used to treat hypoxic respiratory failure in term and near-term infants, S&P says. In a Sept. 5 report, S&P assigned a ‘B+’ corporate credit rating to Ikaria while the outlook for the company is stable. Ikaria’s rating overwhelmingly reflects a “weak” business profile that is due to the company’s reliance on one product, INOMAX, for nearly all of its revenue, S&P said.

This isn’t the only time Ikaria has issued a dividend. In May 2010, Ikaria  issued a $130 million special cash dividend to shareholders, according to SEC filings. New Mountain’s investment in Ikaria comes from its second fund, according to regulatory filings. Fund II, which raised $1.55 billion in 2005, is generating a net IRR of 10.4%, according to Dec. 31 data from CalPERS.

UPDATE: Ikaria may boost the $125 million term loan, which could increase the size of the dividend, a source says. New Mountain also received another distribution, which came from excess cash on Ikaria’s balance sheet, earlier this year, the person says.

Ikaria, in late 2010, had filed with the SEC to go public. The company pulled the IPO, citing market conditions, in November of that year. New Mountain owned about 51% of Ikaria as of September 2010. ARCH and Venrock each had about 10% of Ikaria, a November 2010 filing says.