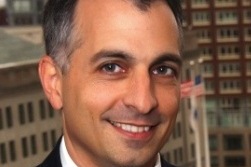 With the rollout of its own private equity benchmark, the Institutional Limited Partners Association is seeking to give its members a measurement system that is “institutionally relevant,” said Michael Elio, the association’s managing director of industry affairs.

There is no shortage of competing benchmarks, Elio acknowledged in an interview with sister magazine Buyouts, but the ILPA Private Markets Benchmark, which the group announced formally at the end of March, focuses on a collection of funds that its members actually own.

Buyouts recently took a look at the ILPA benchmark, compared to other benchmarks, finding that the different measures diverge significantly at the 10-year mark. (Buyouts subscribers can see our Chart of the Week here.)

Some LPs also say that such benchmarks may provide less value than meets the eye. Marc Friedberg, a managing director at Wilshire Associates, speaking on a panel last week at the Buyouts East conference in Boston, seemed to reflect a common view. “I don’t think any of us up here believe these benchmarks are robust – they’re indicative,” Friedberg said.

When ILPA launched the effort two years ago, a group of 111 of its institutional investor members provided their own lineups of fund commitments. When ILPA then retained investment adviser Cambridge Associates to handle the number crunching, it found that out of the members’ 5,000 funds and Cambridge Associates’s own 4,000-fund database, the overlap was fewer than 2,000 funds, said Elio, who joined the association last August from the consultant LP Capital Advisors to manage this effort.

The result was a proprietary index of more than 1,800 institutional funds, owned by the group’s own members, against which individual investors could measure their personal performance. The 10-year return for U.S. private equity was 13.55 percent, as of Sept. 30, 2012, ILPA reported, while international funds (excluding U.S. buyout and venture capital funds) returned 13.95 percent over the period.

“Effectively it’s a subset of the Cambridge benchmark, but it’s an institutional subset,” Elio said. “Now it’s a relevant benchmark that our members can use to benchmark their own portfolios.”

ILPA members also can cut the data in different ways, essentially using the Cambridge Associates toolkit to focus on fund geography (such as North America, Europe, other parts of the world), strategy (buyout, venture, distress), vintage year and other such factors, he said. “It’s for their use in analyzing their relationships. It’s that simple.”

The group plans to expand the toolkit. For instance, Cambridge Associates already is developing a public market equivalent benchmark, which ILPA will add to its own, so that investors can compare their private funds against publicly traded portfolios using the same calculation methodology, IRR, rather than time-weighted returns, he said.

Since the association announced the availability of the benchmark, more of its members have expressed interest in joining in, and fund sponsors also have expressed interest in gaining access to the benchmark as well, Elio said. ILPA has not made its data available to GPs, but might do so in the future, he said. GPs naturally want to know where they stand, and to make more effective presentations to prospective investors, he said. “It allows them to benchmark themselves in a way that members want them benchmarked.”