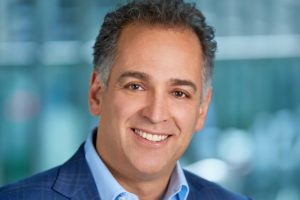 It’s the largest fund Imperial has raised in its 28-year history, exceeding by 70 percent the $295 million secured by Fund V in 2014. The close brings assets under management to more than $1 billion.

Imperial achieved this result by expanding its base of global limited partners, Rosenthal said. Some 304 LPs signed on to Fund VI.

The vast majority are high-net-worth investors, many of them contributors to the firm’s offerings since its earliest days. The rest are institutional investors, all of them Canadian.

Imperial obtained more commitments from both categories, with repeat LPs getting “the first kick at the can,” Rosenthal said. The fund finished with about 70 percent of its capital coming from wealthy investors and 30 percent from institutions.

Rosenthal says Imperial “could have raised a lot more,” especially from the institutional community, but not without straying beyond its longstanding market strategy.

Fund VI will show continuity with that strategy, making control or minority investments in North American mid-market companies with EBITDA of $5 million to $40 million and sales of $20 million to $250 million.

Deal flow will be uncovered in niche areas of healthcare and business and consumer services. Imperial for many years has specialized in these sectors, using in-house resources and external networks to identify, make and oversee investments.

With a deeper capital pool, Imperial is now positioned to execute more large-scale deals than in the past. The firm sought this capability on the fundraising trail after recent experience with a pair of investments undertaken by Fund VI’s predecessor, Rosenthal said.

Dental Corp, the focus of a $121 million investment in 2014, and Ackerman, acquired for a reported US$150 million in 2015, are Imperial’s largest transactions to date. The firm wrote the equity cheques by teaming up with OPTrust, a midsized Canadian pension fund.

Rosenthal says the investment experience, coupled with Ackerman’s and Dental Corp’s subsequent portfolio performance, was rewarding. “It opened our eyes to the opportunities out there and encouraged us to pursue more of them with confidence,” he said.

The Ackerman and Dental Corp deals also confirmed the importance of having strong, “value-adding” co-investment partners, like OPTrust, Rosenthal said. He expects these partners, which “augment our tool kit,” to play a continued role in Fund VI’s deal-making.

Along with helping to break new ground for Imperial, Fund V earlier this year realized a major portfolio win.

In February, STI Technologies, an outsourced pharma services and tech provider, was sold to QuintilesIMS. Terms weren’t disclosed, but Imperial, which has backed STI since 2013, scored a gross multiple of 6.3x its invested capital and a gross return of 72.9 percent, Rosenthal said.

The STI sale follows last year’s sale of Lise Watier, a maker of cosmetics, skincare and fragrances, to Groupe Marcelle. Imperial, which held the company for close to a decade, was awarded roughly 2x its money on a gross basis, Rosenthal said.

Fund VI’s close has increased Imperial’s personnel needs, Rosenthal said. Since mid-2016, the firm has recruited about half a dozen new employees, bringing its investment team to 13 and its total complement to 29. Additional hires are in the works.

Imperial was launched in 1989 by Rosenthal and Managing Partner Stephen Lister. The founders, then in their 20s, met in a real estate transaction and not long afterward resolved to form a private equity firm.

Since inception, Imperial has undertaken almost 100 deals, including both platform investments and add-ons.