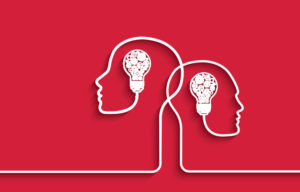 Last year, Hg approached TA Associates to acquire Access Group, a U.K.-based business management software provider. TA was not interested in fully exiting the company. But the two firms hit on a novel idea that appears to be gaining popularity in today’s high-priced market.

Boston-based TA chose to sell a 50 percent stake in the business and bring Hg on board as an equal partner. Hg and TA share governance responsibilities as the company’s 50-50 co-owners. “Would we have bought control? Probably. But [TA] felt really good about the asset,” Gero Wittemann, partner at Hg, told Buyouts. “TA was very pleased with the business: it has a strong M&A track record, has grown its customer base. And we signed up for that—this is exactly what we saw in it as well,” Wittemann said.

Hg has focused on improving Access’ sales functions and developing data-driven tools to improve operational parts of the business, as well as management decision-making, according to Wittemann.

This kind of 50-50 ownership arrangement has become popular among PE firms that are trying to navigate the high-priced environment of software companies.

GPs who were not considering a sale of their software assets have become more open to exploring liquidity options amid the temptation of high valuations, sources told Buyouts. “You are sitting here today and thinking “Wow, how much of my gain is simply because multiples have expanded? Let me sell some of it. And I do think it’s factoring in some decisions,” one of the sources said.

Multiples paid for a mid-to-high single digit growth software company have expanded to 16x to 17x Ebitda today, up from 12x to 13x Ebitda five years ago, the person said.

Firms have completed a number of 50-50 software transactions over the past year. These include:

Growth equity deals in general have been on the rise. The number of growth equity transactions in software grew from 119 in 2015 to 197 in 2018, according to data compiled by PitchBook. This year, there were 114 software growth deals as of Sept. 30.

The amount of money it takes to get a software deal done has increased dramatically, sources told Buyouts. And most private equity firms are limited in how much of a fund can be allocated to one investment. This has helped push firms to explore partnering on software transactions, they said.

At the same time, sellers of these high quality software companies often want to dictate what kind of deal they want to do, Hythem El-Nazer, managing director at TA Associates, told Buyouts. When a selling firm believes in the future growth prospects of an asset, this firm wants to continue driving the decision-making in the business, El-Nazer said.

“Most buyers acknowledge this, and so when the alternative to a 50-50 deal is no deal, people put egos aside and the result is the increased number of joint-control transactions,” El-Nazer said.

Co-control investments offer both firms a say in the company’s governance and operational activities, Wittemann said.

Hg’s partnership with TA on Access did not create challenges from a governance standpoint, Wittemann said, even though a co-control arrangement is a delicate and often a tricky scenario.

With such deals, firms often agree on a conflict resolutions mechanism on what happens if one party decides to sell its stake and on what role each firm plays in growing the company based on their expertise and networks, sources told Buyouts.

When one party brings something new to the table, it makes a partnership more fruitful, Philipp Schwalber, partner on the TMT Europe team at BC Partners, told Buyouts.

In August, BC Partners acquired a 50 percent stake in Advanced, a software and services company in the U.K., from Vista Equity. With this deal, BC Partners was able to add on-the-ground resources in the U.K., where the firm has a history of doing add-ons and investing for more than 30 years, Schwalber said.

Having a pre-existing relationship with a partnering firm also makes an entry to co-control much easier, he said.

“You need to be confident that the partner you have thinks [along] similar lines as you. It’s harder to do this when you don’t know another fund, if you can’t make an important decision and can’t agree with another party,” Schwalber said.

BC Partners and Vista have worked together before. BC Partners last year acquired a majority stake in Vista-backed Navex Global. As a part of that deal, Vista rolled over some equity and stayed on as a minority shareholder.

There is more maturity in the market around governance creation between two partnering firms, compared to 10 or 15 years ago, the sources said.

For instance, 10 years ago, some PE firms were struggling to enter an equal partnership because of potential conflicts of interest. When a new party came into a partnership at a much higher valuation than an existing investor, the question became: How do you measure success of the investment?

Now, as more 50-50 deals have led to success, PE firms have found ways to grapple with governance complexities, according to Mark Dolins, managing director at Lazard Freres & Co. The firms also have found structural mechanisms to address potential conflicts of interest, such as a liquidation preference for the more recent investor, Dolins told Buyouts.

“It used to be that the firms said ‘We’ll only buy growth assets, we’ll only do full control…’ Now, the more restrictions you put on what you do, the less likely you’ll actually deploy your capital,” one of the sources said. “We are seeing funds that historically wouldn’t buy high growth—buy high growth, funds that wouldn’t do minority—do minority.”

Correction: The initial version of the story incorrectly stated the year of Hg’s investment as 2019. Hg invested in Access Group in April, 2018. Also, Hg was changed from Hg Group in the earlier version.