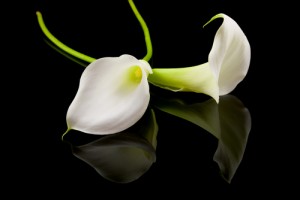 Edd Hendee, a vice president of acquisitions with Starwood Capital Group, died on Feb. 13 after a skiing accident at Stratton Mountain in Vermont. He was 33.

A resident of Riverside, Conn., Hendee was skiing the black diamond-rated North American Trail and was regarded by friends and family as an expert skier, according to the Houston Chronicle. Hendee had skied a short distance from the mountain’s 3,875-foot summit when he left the trail and struck a tree, resort spokeswoman Myra Foster told the Houston Chronicle. Efforts to resuscitate him at the scene and later at a hospital failed.

Hendee, a 2006 graduate of Harvard Business School, had been with Starwood Capital Group since May 2006. As vice president of acquisitions, Hendee led Starwood’s efforts focusing on deals in the New York City market.

Barry Sternlicht, founder and CEO of the firm, told Greenwich Time that Hendee was his right-hand man. He led mega-deals such as the high-price buyout of the New York-based B.R. Guest restaurant chain for $150 million in 2007.

Sternlicht said he had discovered Hendee at a recruiting event at Harvard and initially hired him as his executive assistant. Sternlicht quickly identified his creativity in finding deals and noted that Hendee rose to vice president faster than anyone ever at the firm.

“As the years have gone by, I took tremendous pride in his growing accomplishments, his expanding and beautiful family, and his wonderful team spirit as he mentored our younger talent and served as a role model for any firm,” Sternlicht wrote in an email sent out last week. “We were lucky he chose us for the time he had. The laughter, the stress and the experiences we shared as we traveled the world together, I will never forget.”

Hendee is the son of Edd Hendee, a Houston conservative radio talk show host and the owner of Taste of Texas restaurant.

The younger Hendee is survived by his wife, Claudine, and three young children.