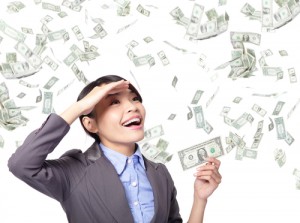 A new year is always a good time for reflection and it can be especially prudent to look back and see if there were any trends that transpired during the past year that may affect the coming year. As we start 2013, two such trends that occurred in 2012 jump out.

The first trend is the incredible amount of money that flowed into a variety of entities that are focused on middle-market lending. It’s often hard to get a read on what banks are doing, but since they make up less than 30 percent of the middle market today, their involvement almost pales in contrast to the emerging non-bank lenders.

Evidence does show, however, that BDCs, SBICs, mezzanine funds and CLOs all experienced significant inflows of capital ready to be deployed as loans to mid-market companies. Public BDCs (including five that went public in 2012) raised over $3.3 billion, and private BDCs raised approximately another $2.5 billion of capital. While BDCs rarely use the full 1:1 leverage available to them, these combined equity raises plus leverage implies over $11.0 billion in new available capital from BDCs alone. It’s also interesting that some of the largest private equity funds have recently utilized the BDC structure to create affiliated entities that are now mid-market lenders.

Junior capital providers also enjoyed robust fundraising in 2012 with mezzanine funds obtaining $10.6 billion of new capital and new SBICs getting $2.9 billion in a combination of private capital and SBA leverage. And CLOs, once thought dead, raised a whopping $53.5 billion in 2012 compared to just $12.4 billion in 2011, according to Standard & Poor’s LCD. Although only $2.6 billion of that issuance volume related to mid-market CLOs, increased liquidity in the larger market invariably filters down to the middle market, creating more sources of capital for senior cash flow/mezzanine and unitranche structures.

So, both statistically and anecdotally, there is unquestionably no shortage of debt capital for the middle market. In fact, a Lincoln International recent survey of lenders showed 64 percent of respondents believed the amount of capital available to support mid-market financings is disproportionately too high. We believe that this inflow of capital to the middle market is largely due to investors’ continued search for yield. BDCs continue to yield in excess of 8.0 percent for their investors, an enviable return that far exceeds just about any other debt asset class. So, as long as interest rates stay at the current level, you can expect additional inflows to BDCs, as well as to other institutional, non-bank middle market lenders.

So what happens when the supply of capital to an asset class exceeds the demand for that capital? There are only a couple of possible answers and the investors that pick the right one are apt to prove the winners for 2013.

First, the lending industry goes through some consolidation. We saw several interesting transactions in December involving the consolidation of lenders and this may be the harbinger of things to come.

Second, loan demand improves, using up the excess loan capital currently flooding the market. According to Pitchbook, the median holding period of private equity investments is 5.4 years, an all-time high. These portfolio companies eventually need to come to market and, if they do so in 2013, lenders will be able to deploy their capital at respectable pricing and terms. However, most people thought this would have already happened in 2012 so how the economy treats these companies, and whether strategic acquirers gobble them up before private equity firms can, will play a big part in determining the volume and timing of new deals.

If those new M&A deals don’t materialize, then lenders could have some difficult choices. Lenders will either be forced to reduce pricing, increase leverage, and/or become more lax on terms to compete with other lenders—a growing trend we saw during the last six months of 2012. Alternatively, more “B” deals will get financed. We know most sponsors feel that their portfolio investments are winners, but there are some deals that just shouldn’t get financed or, at least, not by conventional standards. In an effort to deploy capital, more lenders may need to stretch the limits of their credit boxes in order to continue to please their own investors.

So 2013 is shaping up to be an interesting year—another crossroads for borrowers and lenders. It’s hard to predict whether the lenders or borrowers will be the bigger winner in 2013, but if I had any need for debt, I’d do my damnest to get out in the market and seek financing right now.