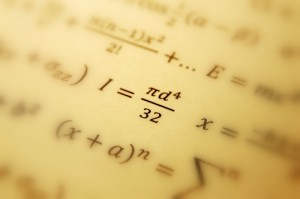 In recent years, funding for early-stage drug development companies has grown tight for a variety of reasons, from greater regulatory scrutiny to underwhelming returns. Consider that the average IRR of life sciences venture capital investments for the 10-year period between 2001 and 2010 was a grimace-inducing -1 percent.

Now, researchers in the financial engineering lab at M.I.T. think they have a solution that would allow investors to lower their risk, access new capital sources, and create more diverse portfolios while also giving a major shot in the arm to early-stage drug development.

Grossly simplified, these researchers advocate the formation of megafunds of between $5 billion and $30 billion that would employ both equity and securitized debt to back everything from risky, preclinical projects to products under review by the FDA. And two years’ worth of their mathematical and statistical modeling suggest the funds could yield average annual returns of 8.9 percent to 11.4 percent for equity holders and 5 percent to 8 percent for bond holders — not the kind of earth-shattering returns that some investors seek out but none too shabby, either.

“It’s not really like anything that’s been done before in this domain,” says MIT researcher Roger Stein, who along with colleague Jose-Maria Fernandez and MIT professor of finance Andrew Lo, has just published a paper with their findings.

That may be because it’s impractical, suggests healthcare investor Sam Colella, the cofounder of venture firm Versant Ventures on Sand Hill Road. “I’d be very surprised if anyone could raise billions of dollars to do this,” says Colella, questioning who could manage such an enormous and complicated pool of assets, let alone help the entrepreneurs they might fund.

Colella likens the group’s proposal to what “big pharmaceutical companies do today, investing billions of dollars in R&D. And if you look at their track records, they aren’t very good, despite having very adept researchers, scientists, managers and other experts” on staff.

Indeed, the annualized return of major pharmaceutical companies for the 10-year period ending in January of this year was a -1.2 percent, per the NYSE’s ARCA Pharmaceutical Index.

But Stein and his coauthors say they aren’t trying to replicate the portfolios of big pharmaceutical companies, which are typically key players in the later stages of drug development but play a far smaller role in funding early-stage drug discovery.

They instead cite as inspiration firms like Royalty Pharma, a New York-based firm that has successfully built a diverse portfolio of ownership interests in the royalty streams of approved drugs, often by issuing debt. The company owns interests in more than 30 products (including Rituxan), along with an interest in a handful of products that are either in late-stage clinical trials or already under review by the FDA. And of its more than $8 billion in assets as of this past May, half was securitized debt, with the acquired royalty streams of approved drugs serving as collateral. In fact, Stein believes that perhaps more than any other company, Royalty Pharma — which employs just 19 people to manage its considerable portfolio — demonstrates that his and his colleagues’ idea can scale.

Of course, earlier-stage investments pose much far more risk and inherently require much more intensive analysis than later-stage deals. It’s a point that Stein himself is quick to acknowledge. “We’re not underestimating the challenges [of what we’ve proposed],” he says. “We understand that there are many aspects that would have to be worked out that aren’t trivial.”

Still, Stein believes that megafund investors should at least consider backing more speculative, early-stage R&D deals for a percentage of future royalties or from the later sale of intellectual property.

“We didn’t do this to be controversial,” says Stein. “We wanted to start a conversation. We’d like to get people around the table talking about new approaches to this funding issue.”