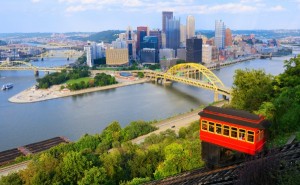 Incline Equity Partners, a spin-out from PNC Financial Services, appears to be laboring to wrap up fundraising on its first stand-alone fund, Incline Equity Partners III LP, according recently filed data with the Securities and Exchange Commission. The firm, which spun out from PNC in 2011, raised $142.8 million as of the October filing, well shy of the $300 million goal that the firm set when it started fundraising in the summer of 2011. A person familiar with the firm said that the SEC data shows a lag and that an accurate account of the money so far raised would show about $180 million in commitments.

Assuming the higher number is correct, the firm, which had a $110 million first close in October 2011, has raised just $70 million in the 12 months since then. In October 2011, one person familiar with the firm told Buyouts that the fund “could close by next spring.” That obviously hasn’t happened. Another source now says that the firm will probably close in early to mid-2013.

Incline and PNC are both based in Pittsburgh.

The low-to-mid-market buyout firm is headed by Jack Glover, Wali Bacdayan and Justin Bertram, all of whom came from PNC. The firm plans to invest between $10 million and $30 million in companies that have an enterprise value between $25 million and $100 million. Favored sectors include light manufacturing, business services and distribution firms.

Among the investors that have so far committed to Fund III are the Pennsylvania Public School Employees’ Retirement System, which committed $50 million in August 2011, and the Los Angeles Fire & Police Pension System, which pledged $5 million in April.

While PNC was spinning out Incline Equity Partners, the divestiture didn’t mean that PNC was getting out of private equity entirely. In fact, the firm was busy starting a new unit, PNC Riverarch Capital, which launched in January 2011.

Led by David Hillman, a former president and partner of PNC Equity Partners, PNC Riverarch was founded with $250 million in capital commitments from its namesake bank. PNC Riverarch is similar in size and structure to Incline and plans to invest between $10 million and $50 million in mid-market companies in the manufacturing and business services fields.