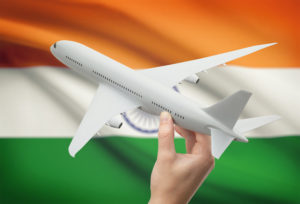 As India started losing its grip over covid-19 in April, the chairman of Goldman Sachs’ consumer business, Harit Talwar, called four other Indian-American bankers at the firm to brainstorm relief efforts.

“So much is happening [in India],” Talwar said over the 30-minute call in April with his colleagues. Talwar, who talked to PE Hub about the call, said he chatted with Vivek Bantwal, Niharika Cabiallavetta, Hari Moorthy and Abhinav Anand, all of whom have board seats in the New York chapter of the American India Foundation, a non-profit co-chaired by Talwar.

In the following two days, the group spent hours reaching out to individuals at Goldman to gather funds, Talwar said.

Over the next two weeks, Goldman employees had committed more than $1 million from their personal accounts to the foundation. The financial services giant, with three offices in India, had previously committed $10 million.

Coronavirus in recent weeks has crushed India’s medical infrastructure: ambulances, oxygen, hospital beds, medicines have all run short as positive cases soar. For Indian-American bankers and investors, the continuing crisis, killing more than 4,000 Indians per day, hits close to home. In the absence of an organized Indian-American community of investors, bankers or asset managers, individuals are frantically gathering resources and actively supporting local and Indian-American charities.

“The only way to cope with it [the catastrophe] is to kick into action,” said Hans Taparia, co-founder at Desert Bloom, a food investment vehicle funded by family offices and firm executives.

“We all need to feel useful in some way,” said Taparia, whose family has ties in India. “If we are not doing something it eats at us.”

The firm, which vows to hold companies longer than traditional PE funds, recently acquired Boulder, Colorado-based Jack and Annie’s. The meat substitute company relies on more than 1,000 farming families in India to source jackfruit, according to its website.

Most of India’s farming happens in villages, where over 65 percent of India’s 1.3 billion population resides. The first wave of the virus left rural India largely unimpacted, but the new strain has turned villages – areas with minimal to no healthcare infrastructure – into ghost towns.

“We can almost count the people who don’t have covid versus who do,” Taparia said.

Beyond the supply-chain reliance of portfolio companies, the private equity community also looks to India for fundraising.

One example is Acharya Capital Partners, an independent sponsor backed by Indian LPs. “Ten years ago, I would have never thought of going to India to raise money,” said founder David Acharya, who launched ACP in December last year.

The Indian LP base, according to Acharya, is largely comprised of high-net-worth families looking for cross-border opportunities. As a result of the crisis, a “lot of Indian family offices are going to put a hold on their investment,” Acharya said, explaining that India doesn’t necessarily have a formal structure of family offices.

Based on Acharya’s conversations with investors, he said, they are concerned about the future. “The focus will [now] be to get things back to normal,” Acharya said.

India reported 267,000 new cases on Tuesday. Although the case count has dropped, the country recorded 4,529 deaths, the highest daily death toll known, according to the health ministry data. As a result, millions of Indians living with their families are under locally imposed lockdowns.

At Goldman offices, there’s a natural shift of work to other global offices as the investment bank looks to ease deadline pressure on the team in India, a source told PE Hub. Other US and UK banks like Barclays have also reportedly moved operations to lessen the burden on Indian employees.

On the flip side, the pickup in dealmaking and slow pace of hiring amid the pandemic have led to private equity firms globally facing a capacity crunch, said Abilash Jaikumar, co-founder of TresVista, a financial service support provider.

As a result, private equity’s reliance on outsourced workers in India has increased, he said. New York-based TresVista provides asset managers with trained offshore talent that can perform due diligence research, financial modeling and other operations like reviewing non-disclosure agreements.

About 60 percent of TresVista’s clients are private equity clients, most of whom don’t have an HR backbone to deal with recruiting, Jaikumar said. The company witnessed growth amid the pandemic and announced 50,000 rupee payouts (approximately $680), to its employees in India early this year.

About a week ago, TresVista joined forces with grassroot nonprofits United Way Mumbai and Goonj in a bid to help generate resources. In addition, the company increased leaves and introduced other employee-friendly measures.

Personally, Jaikumar’s relatives in India have suffered covid-related casualties. “It’s easy to let your mind wander,” he said. But for now, it’s time to “focus our energy on what we can do; there will be a time and place for reflection,” Jaikumar added.

Much like TresVista, Euronext-listed Tikehau Capital, a global asset manager with a private equity arm, has supported its employees. The firm’s US-based senior associate, Mohit Mehta, got infected with covid last month while he was working remotely from New Delhi. Mehta works on Tikehau’s secondaries team.

“As things unfolded, his other family members tested positive; his father in particular wasn’t in a good shape,” said Nithin Johnson, an ex-Citi banker and executive director of business development at Tikehau Capital.

The firm mobilized to send Mehta’s family an oxygen concentrator – a basic but scarce resource for patients in India – and is looking to contribute to on-ground charitable organizations with Mehta’s help.

The charity efforts of the Indian-American community in the deal space have largely been a one-off.

“There are no centralized PE/private markets organizations I am aware of for the Indian community,” Johnson said in an email. Sources tell PE Hub that compared with the tech space, the community has disproportionally low representation among asset managers, investment firms and across the broader PE industry.

The easiest way to fight covid is by individual contributions or through the channels of existing larger cohort groups, Johnson said.

Besides the American India foundation – whose board includes the likes of Ajay Banga, Mastercard’s CEO, Vijay Vishwanath, senior partner at Bain & Co, and a few Indian-American private equity executives – donations can be routed through charities like Pratham USA and the IMPACT.

“From a public health policy perspective, you have to partner with organizations that can make a difference at scale; it’s very important to have scale,” said Goldman’s Talwar.

On Monday, covid-19 cases dropped for the first time in all 50 US states, following which President Biden announced plans to send 20 million vaccines to other countries by the end of June. This follows the commitment to give away 60 million doses of the AstraZeneca vaccine, which is unauthorized for use in the US.

“Two months ago, the story was opposite; India was exporting the vaccines,” said Raj Goyle, co-founder of IMPACT and CEO of Bodhala, a legal spend management platform optimizing expenses of PE firms and corporations.

Although it’s unclear where the White House plans to send the vaccines, IMPACT has urged the government to send majority of the surplus to India given the nation’s large population and immediate need.

Only 3 percent of India was fully vaccinated as of Tuesday, according to the Our World in Data, a scientific online publication.

“It’s a global crisis; it’s not confined to India,” said Neil Makhija, executive director of IMPACT. “It could set back all of our progress immediately.”

Update: This report has been updated to include the relief efforts of Bain and Blackstone and with the correct spelling of Hari Moorthy.