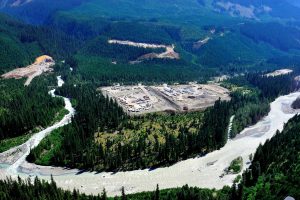 Three tranches with varying terms to maturity and principal payments

“This is the largest project-level financing Innergex has ever secured. We are very satisfied with terms that provide for fixed-rate debt at an attractive rate over the life of the power purchase agreements for these projects. In addition, we were able to work with our lenders to optimize the cash flows that will be generated by the facilities over time”, states Michel Letellier, President and Chief Executive Officer of the Corporation. “Construction is progressing well and the projects remain on time and on budget”, adds Mr. Letellier.

The $491.6 million financing has been arranged by The Manufacturers Life Insurance Company as agent and lead lender, with the Caisse de Dépôt et placement du Québec and The Canada Life Assurance Company as lenders. It comprises three facilities, or tranches:

Proceeds of the financing will be used to pay for the two projects’ construction costs, as well as a loss of approximately $68.0 million realized upon settlement of the bond forward contracts used to fix the interest rate on the loans prior to closing and therefore protect the two projects’ expected returns. This loss results from a decrease in benchmark interest rates between the date the bond forwards were entered into (between September and December 2013) and the valuation date (March 17, 2015) and is compensated by lower interest payments for the duration of the loans.

The Corporation’s strategy for building shareholder value is to develop or acquire high-quality facilities that generate sustainable cash flows and provide an attractive risk-adjusted return on invested capital, and to distribute a stable dividend.