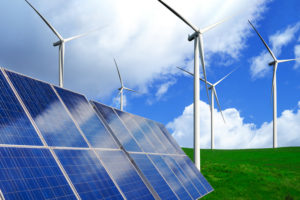 I hope you had a happy Thanksgiving. I had a lovely time with family and friends. While Cyber Monday deals may be vying for your attention this morning, at PE Hub we’re taking a deep dive into a couple of PE deals announced earlier this month, including one transaction from Vistria Group and GHO and another from Actis.

But first, let’s take a quick look at some deals announced this morning.

Long Point Capital, based in New York City and and Royal Oak, Michigan, invested in Allnorth Consultants, a Kelowna, British Columbia-based provider of engineering, project delivery and construction services to infrastructure, mining, oil and gas and pulp and paper sectors.

MML Capital, headquartered in Houston, bought OnPoint, a Deer Park, Texas-based provider of safety, logistics and planning services to support maintenance projects in the refining and petrochemical industries, from Capstreet, also based in Houston.

Deep dive. Earlier in November, Chicago-based Vistria Group and London-based Global Healthcare Opportunities Capital Partners teamed up to acquire a controlling interest in Alcami, a pharmaceutical contract development and manufacturing organization based in Wilmington, North Carolina, from Madison Dearborn Partners and Ampersand Capital Partners. The deal for undisclosed terms is expected to be completed by year’s end.
To learn more about the deal, PE Hub’s Aaron Weitzman spoke with Jon Maschmeyer, senior partner and co-head of healthcare at Vistria, and Mike Mortimer, founder and managing partner of GHO.

“Through its three business segments – manufacturing, labs and bio storage – Alcami serves as a one-stop shop for the pharma industry, ultimately relieving the strain on the production of transformative medicines,” Maschmeyer explained.

Under its previous PE ownership, Alcami spent $140 million to expand manufacturing capabilities and lab space and acquired TriPharm and MasyBioServices.

Now, Alcami is “well-positioned for accelerated growth due to the recent capital expenditures spent wisely under the direction of a very seasoned management team and the diversification into the attractive bio storage sector via acquisition in 2021,” Maschmeyer said.

Maschmeyer cited many reasons why Vistria is attracted to pharma CDMOs, including: “an increased prevalence by pharmaceutical companies to outsource this function, especially in a recessionary environment; persistent R&D spend by pharma and biotech that tends to be recession-resistant; increased preference to onshore critical manufacturing segments; and capacity constraints in the sterile injectables space where Alcami thrives.”

From the GHO perspective, Alcami represents a unique opportunity to invest in a rapidly growing CDMO with complementary capabilities in attractive markets.

“The company is set to accelerate its growth and leveraging our specialist expertise,” Mortimer said. “We are delighted to be supporting them to diversify product and service mix, also pushing into new markets such as Europe.”

Clean energy. We’ve seen a lot of investment activity in the energy sector this year – in both traditional energy and alternative energy – in the US and in Europe. Today, we’re taking a close look at the investment strategy of London-based Actis.

Rezolv, a Prague-based renewables platform launched by Actis in July, announced earlier in November plans to build Europe’s largest solar photovoltaic plant in Arad County, Romania. Rezolv expects the plant to be online by 2025 and to provide clean energy to over 370,000 households.

The push for renewables in Europe comes at a vital time, especially given the impact of Russia’s invasion of Ukraine on energy prices, Nina writes.

“There’s a lot going on in Europe,” said Heintz. “Not only do you have Europe’s need to achieve energy transition, particularly pressing in CEE, which has high levels of installed fossil fuels. Of course, added to that, you have the pressure of the Ukraine situation.”
Rezolv will provide subsidy-free clean energy at a long-term, stable price for commercial and industrial users, including supermarkets, breweries, telecoms and other large businesses, according to the firm.

With its investments, Actis looks for “enormous” market opportunity, a foundation set of assets, a route to market in terms of power purchase agreements, an additional pipeline and a high-quality management team, said Heintz. “We see all that in central eastern Europe, with this added dimension of energy security; the need for corporates to procure, not just for the reliability and security, but also for their own transition, which we’ve seen really accelerate since COP 26.”

Rezolv is Actis’s first investment in central and southeastern Europe, and it will be one of seven generation businesses that Actis is already building from its Actis Energy 5 fund. These are across Mexico, Brazil, Middle East and Africa, Vietnam, Southeast Asian gas and Indian renewables.

The platform already has a portfolio of foundation projects, and Actis is working on some additions to those assets. Heintz said: “Overall, it’s about bringing those ingredients together – the foundation assets, a high-quality management team and a great pipeline.”

For more on Actis’ strategy, including why the firm sees opportunities in Central and Eastern Europe, read Nina’s whole story here.

Look to PE Hub Europe for:
– The latest deal terms and pricing to bolster your negotiations
– Deal trend analysis to know if a sector is hot or overheated
– Relevant and accurate intelligence on fund manager activity
– Rare insight about fresh investment opportunities & pending deals

We are offering complimentary access to PE Hub Europe for a limited time. Sign in or register to start reading today!

In case you missed. Before I sign off, I want to draw your attention to a post-election interview I did just before the holiday with Pam Hendrickson, the vice chairman of Riverside, the prolific lower middle-market PE firm headquartered in New York and Cleveland.

Now that it’s clear Republicans will control the House of Representatives, while Democrats will have a majority in the Senate, I asked Riverside’s Hendrickson for insights on what the next two years may hold for the PE industry on the legislative and regulatory fronts.
Over the last decade, Hendrickson has spent a lot of time trying to educate government leaders at all levels about the benefits of the private equity industry to the US economy. As chairman of the American Investment Council, she leads the industry’s most influential advocacy group.

“Recently, we’ve heard a lot of political rhetoric from the FTC and DOJ and are concerned that they are applying a new political lens to the treatment of private capital in the marketplace,” Hendrickson said. “In an uncertain economy, the DOJ and FTC should not be throwing more economic headwinds and regulatory burdens on companies that are trying to grow in order to survive.”

When asked about the impact of the midterm elections on private equity and PE-backed deals, Hendrickson said: “During divided government, Congress typically doesn’t move big pieces of legislation. Instead, attention turns to oversight of federal agencies. We are hopeful that Congress will act soon on the tax extenders bill that allows deduction of interest against EBITDA (as was the case through the end of 2021) versus the more restrictive EBIT. As interest rates continue to rise, this restriction is particularly harmful to manufacturing companies. We are also keeping an eye on proposed regulations that threaten investment, jobs creation, and capital flows.”

That’s all for today. I’ll be back with more tomorrow.