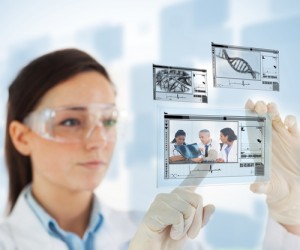 Sources characterized Intelerad as a hot asset, with the auction in its early phases garnering significant private equity interest from a mix of healthcare- and tech-oriented firms.

The level of strategic buyer interest is unclear; however, sources suggested the company could field interest from players with similar medical imaging business units, such as Royal Philips, which encompasses a radiology solutions arm, or IBM, which bought Merge Healthcare for $1 billion in 2015 through Watson Health.

Montreal’s Intelerad is marketing close to $30 million in pro forma, run-rate adjusted Ebitda, three sources said, though one of the people cautioned that figure is closer to $20 million excluding adjustments. While the company is only now entering its first rounds, a mid- to high-teens Ebitda multiple is possible, two of the people speculated.

Novacap, a buyout and growth equity firm with offices in Toronto and Montreal, made a strategic investment in Intelerad in February 2016 through Novacap TMT IV Fund.

Intelerad, with around 400 employees across North America, the U.K. and Australia, makes software that manages medical images, workflow and data.

The company in May announced a $75 million investment in research and development for new artificial intelligence and cloud-based medical imaging software solutions.

Intelerad has also grown through M&A, scooping up Seattle’s Clario Medical in November 2018.

The acquisition of Clario, which connects radiologists through a single workflow management tool, is driving a lot of growth at the company, one of the sources said, characterizing the unit as Interad’s “crown jewel.”

Intelerad is led by CEO Paul Lepage, a longtime healthcare executive who joined the company in September 2018 from TELUS Health, a Canadian health and payments company.

The medical imaging software market in which Intelerad competes consists largely of larger original equipment manufacturers, or OEMs, such as IBM, Philips and Siemans Healthineers (formerly Siemens Healthcare), as well as strategics including Nuance Communications and Onex-backed Carestream Health.

Representatives of Novacap, Intelerad and Piper Jaffray did not return requests for comment.