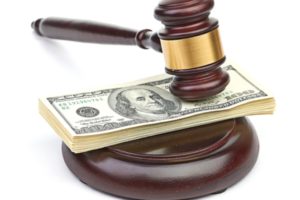 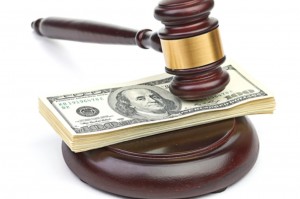 Now Intellectual Ventures is arguing in a Delaware courtroom that Internet security firms Symantec and Trend Micro should pay roughly $310 million combined for a license to that patent through the end of last year.

Intellectual Ventures, a multi-billion-dollar firm that virtually invented a new market for patents and inventions, says that figure represents fair compensation given how extensively Symantec and Trend Micro products rely on the technology.

Symantec and Trend Micro are fighting back – and advancing a novel legal theory that could pose a significant threat to the business model of Intellectual Ventures (IV) and other patent acquisition firms.

The two companies are asking a federal judge to bar IV from seeking such large licensing fees on the grounds that a patent acquired for so little couldn’t possibly be worth so much. That’s on top of more traditional arguments that Symantec and Trend Micro do not violate IV’s patents in the first place.

“They have turned that thing into a diamond,” Trend Micro lawyer Yar Chaikovsky said at the hearing.

Representatives of Intellectual Ventures, Symantec and Trend Micro all declined to comment on the case.

Thomas Cotter, a patent damages expert at the University of Minnesota Law School who is not involved in the case, said he is unaware of any court ruling along the lines being urged by Symantec and Trend Micro. For Intellectual Ventures, which says it has earned about $3 billion to date from licensing its thousands of patents, the stakes could hardly be higher.

“If the royalty is capped at the purchase price, there’s obviously no point in being a patent assertion entity,” Cotter said.

U.S. District Judge Leonard Stark of Delaware highlighted the issue at the hearing.

“Who would possibly pay hundreds of millions of dollars for something that we know a willing seller would sell for hundreds of thousands of dollars?” Stark asked.

Intellectual Ventures attorney Richard Hess said his client had a lot more information about the patent’s value than the seller, because IV knew how much companies like Symantec and Trend Micro used the technology.

“If you don’t know the extent of use, then you can’t extract the large price,” Hess said.

In patent lawsuits, the value of a patent is determined by a complicated analysis which takes into account a wide set of data points. Those often include what rates a company pays for a license to similar patents, how broad a license is being offered, the value of the products that use the patented technology and whether the two litigating companies are competitors.

IV’s argument that the purchase price is irrelevant to damages is credible, Cotter said.

“They’re a type of intermediary or broker, providing a service,” Cotter said, “and the spread between the price they buy and the price they sell is their compensation for that service. Plus, there’s always some risk they won’t get anything.”

Since its founding in 2000, IV has raised about $6 billion from investors and argues that it creates an organized mechanism for innovators of all stripes to capitalize on their ideas.

Over the years, though, IV and other firms like it have faced criticism from the technology industry, which argues that patent litigation and royalty payments have become a burdensome tax on innovation, and that firms like IV that do not primarily make products are exploiting the patent system.

The debate has caught fire in the U.S. Congress, where several legislators are advancing proposals which make it easier to fight patent lawsuits.

U.S. House of Representatives Judiciary Chairman Robert Goodlatte, a Virginia Republican, introduced a bill last week that would lessen the costs of defending such cases – a main source of leverage for patent holders, who can hold out the threat of expensive litigation to win settlements. One provision would make it easier for a company to recover its legal fees if it fights a frivolous patent lawsuit and wins.

The political pressure and the new legal threat to its business model coincide with Intellectual Ventures’ attempts to raise $3 billion more. The company has curtailed its patent buying in recent months, as it can no longer use capital from its last major investment fund to buy new intellectual property.

Intellectual Ventures sued Symantec, Trend Micro and two other software security companies in 2010, part of a wave of lawsuits that signaled a change in strategy by IV. The company had argued for years that litigation was an inefficient way to establish patent royalties and preferred to negotiate licensing deals for its ever-growing patent portfolio.

Intel Corp’s McAfee unit and Check Point Software Technologies Ltd both settled with IV on undisclosed terms, while Symantec and Trend Micro chose to fight. No trial date has been set.

Even if the federal judge sides with IV and allows its damages theory at trial, Symantec and Trend Micro could still try to convince a jury that it is unfair.

The outcome will be an important signpost for patent aggregators in future, said U.S. District Judge Jeremy Fogel, currently the head of the Federal Judicial Center, which conducts studies on behalf of the U.S. judiciary.

“These kinds of decisions really have market effects,” he said.

The case could also influence the political debate in Washington. While Goodlatte’s bill does not directly address the types of huge damages awards being argued in Delaware, Fogel said rulings that firms like Intellectual Ventures are entitled to payouts at high multiples of its purchase price could increase the pressure on lawmakers to wade in.

“I don’t think Congress is going to leave this alone,” Fogel said.

(Reporting by Dan Levine in San Francisco and Tom Hals in Delaware; Editing by Jonathan Weber and Grant McCool)