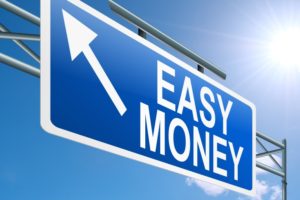 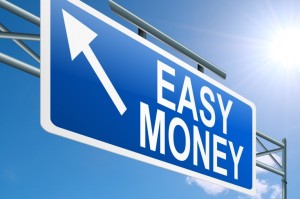 November 19 (Reuters) – The co-head of Permira, one of Europe’s biggest private equity firms, has warned his industry not to get carried away with the cheap credit that has been abundant since central banks flooded financial markets with trillions of dollars.

Co-Managing Partner Kurt Björklund told Reuters that this period was favouring the sellers of businesses rather than the buyers, and buyout groups needed to be sure they were not storing up problems ahead.

“The current environment requires a huge amount of discipline not to get carried away with the benefits that good markets bring,” he said in an interview at Permira’s offices in London’s upmarket district of St James’s.

“You shouldn’t assume that because you can borrow a lot of money now it’s necessarily a good idea to do so.”

This year has seen some of the starkest signs yet that the cheap money, injected by the central banks to revive economies since the financial crisis, is altering the behaviour of private equity firms.

The level of debt that buyout groups are putting on large European deals is at a five-year high, and in the third quarter it hit the highest level in the United States since late 2007, Thomson Reuters LPC data shows. (Full Story)

While the era of ultra-low central bank interest rates must eventually end, the timing remains uncertain.

Meanwhile, private equity managers have seized on rampant demand for riskier debt to pay themselves and their investors – via a controversial practice in which they get the companies they own to raise cash by issuing more debt – at levels not seen since 2007.(Full Story)

Firms to have made such “dividend recaps” in 2013 include WorldPay – which raised 340 million pounds for owners Advent and Bain in April – while Carlyle, owner of British roadside rescue business RAC, is increasing a dividend payout this week to 183 million pounds, banking sources said.(Full Story)

Permira, which has fashion chain Hugo Boss and motor insurer AA among its portfolio, is on the road raising money for its latest – and fifth – fund.

Hit hard by a decline in the value of their investments during the financial crisis, investors have become pickier about which private equity managers they back. Permira raised 2.2 billion euros for the first tranche of the fifth fund in April, about half the amount of an already scaled-back target.

Attempts to pull out of one of Permira’s largest deals – Acromas – have also weighed on the firm. Formed at the peak of the market through the 6.2 billion pound merger of the AA and Saga by Permira and rivals Charterhouse and CVC, the owners are expected to split the group and try to list part of it in 2014.

However, investors say raising money for its new fund has picked up before a final close next year as Permira, like many of its rivals, benefits from a rise in valuations and a rebound in the demand for stock market flotations. Björklund declined to comment on fundraising.

Permira now values its fourth fund, which at 11.1 billion euros was the largest in Europe when raised in 2006, at 1.4 times investments following a 23 percent rise this year. It has also made two investments from its fifth fund – in British boots brand Dr Martens and wealth manager Bestinvest – in the last month.

Björklund, a Finn who has jointly led Permira with Tom Lister since 2008, said he saw more new deal opportunities in Europe than at any time since 2005-2006, despite the regional economy’s struggle to recover from the crisis.

A big pullback by U.S. firms from Europe during its debt crisis has cut competition, Björklund said, boosting the appeal of doing deals. As well as U.S. funds, even UK-based managers such as Apax have closed offices in southern Europe.

“If you look at Italy, France, at Spain…the level of competition in our space is very, very low today – so many teams have exited those markets,” he said, calling the decision by many to shut continental European offices a “strategic mistake”.

Björklund said he liked companies strong in consumer brands which earned the bulk of their revenues outside Europe. These included the big luxury brands in Italy, as well as financial services firms which were winning sales as banks retrenched to their core loan and deposit businesses.