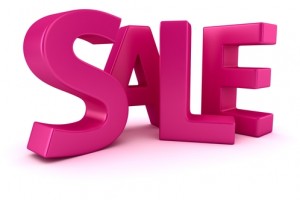 Roughly two weeks after The Deal was sold to TheStreet for $5.8 million, we have another media transaction in the making.

SourceMedia, which is backed by Investcorp, is up for sale, five sources say. The Jordan Edmiston Group is advising, the persons say. New York-based SourceMedia, which publishes American Banker and The Bond Buyer, produces EBITDA in the mid-teens, two bankers say. However, another source says the company’s EBITDA has been falling and is actually around $10 million.

SourceMedia will likely sell for around 5x to 6x EBITDA, one banker says.

“We cannot confirm nor deny,” says Firas El Amine, an Investcorp MD, when asked about the SourceMedia auction.

SourceMedia represents a rather long hold, nearly eight years, for Investcorp, a Bahrain private equity firm. Investcorp acquired SourceMedia, when it was known as Thomson Media, for $350 million in 2004. (The seller was Thomson Corp. which went on to buy Reuters in 2007 and formed Thomson Reuters, the publisher of peHUB).

Investcorp split SourceMedia in two businesses and sold one half, Accuity Holdings, last year to Reed Elsevier for about $530.1 million. For Investcorp, the Accuity sale generated a return of nearly two times the cash it put into SourceMedia, The Wall Street Journal reported.

The auction of SourceMedia is early, sources say, and first-round bids have yet to be received. Strategics will likely not be interested in SourceMedia, two bankers say. Instead, private equity is expected to dominate the auction. “Likely buyers will be private equity funds who already own a platform in B2B publishing,” one banker says.

Potential bidders could include The Wicks Group of Companies, one source says. Distressed funds, which own media assets, may also be interested.

Any buyer will have to be comfortable with the fact that SourceMedia still has print publications. Print was also an issue with The Deal.  The Deal would’ve been profitable without the magazine but continued to publish it, sources have told peHUB. The magazine was shut down once The Deal was sold.

Officials for SourceMedia and Jordan Edmiston could not be reached for comment.

-Jon Marino contributed to this report