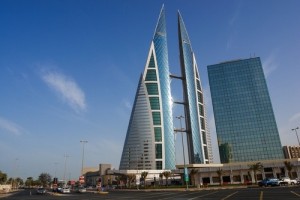 Nemir Kirdar, who led the firm for more than 30 years, retired on June 30 as executive chairman and CEO.

“We have a tight and dedicated team who are all excited about this new phase in Investcorp’s history,” said co-CEO Kapoor.

Investcorp has remained active as high prices have kept other firms out of the M&A market. In July, Investcorp completed its buy of a majority stake in NDT Corrosion Control Services Co. The firm also acquired Nobel Learning Communities, Arvento and Fritta S.L. earlier this year.

The firm’s goal over the next five to 10 years is to grow Investcorp’s three business segments as well as maximize its potential in the Gulf, Kapoor said. Investcorp plans to continue to be the “partner of choice” for family businesses there and has expanded its offices to include Riyadh, Abu Dhabi and Doha. “That’s our roots and where the bulk of our investor base is located,” Kapoor said.

Investcorp has been expected to raise another Middle Eastern buyout fund. Investcorp’s $1 billion Gulf Opportunity Fund was fully invested in 2013, Bloomberg News said at the time.

It also hasn’t raised a private equity fund since 2007 when Investcorp collected $750 million to invest in buyouts and middle market firms in North America and Europe. Performance data for either fund was unavailable.

“We are not in the process of preparing any new funds but are considering potential opportunities,” Kapoor said.

Investcorp currently operates on a deal-by-deal model, he said. The firm’s investors, which include large families in the Gulf, have “expressed a very clear preference for investing in investment opportunities in their line of site,” Kapoor said.

Once the firm finds an attractive investment opportunity, Investcorp performs due diligence and will acquire the target using its own balance sheet, he said. It then reaches out to its 1,000 LPs, which include many foreign investors, and provides them with the opportunity to co-invest. Sometimes the LP will say no but “more often than not we have a lot of repeat investors,” he said.

“This model allows flexible funding structures to be put in place that are adapted to meet the needs of each individual portfolio company,” Kapoor added.

Investcorp is considering whether to raise another technology-focused pool, Kapoor said.

“The choice we have in front of us to decide is how we would want to go to market with [the] next iteration of tech funds. Whether it would be more a technology business services, growth capital kind of fund,” Kapoor said.

A fourth tech fund is currently just a possibility. Investcorp hasn’t determined a target or when it will begin fundraising for the pool, Kapoor said.