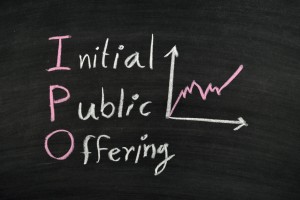 The resurgence of the IPO market is shaking up how venture investors and portfolio company executives are prepping for exits.

A few years ago, a high-growth venture-backed company with some interest from potential buyers would probably forego the long and grueling IPO registration process in favor of an acquisition. These days, however, with public investors more receptive to growth stories, venture-backed companies are increasingly opting for a public offering.

That was the consensus among panelists and attendees discussing the VC exit environment at October’s Venture Alpha West conference in Half Moon Bay, Calif., produced by Thomson Reuters (publisher of VCJ). Panelists agreed that, at least for the near term, IPOs will account for a growing share of venture-backed exits.

To a large extent, that has already been happening.

In the first three quarters of the year, 57 venture-backed companies went public, compared to 41 during the same period last year. Capital raised is actually down in 2013, compared to last year’s total, which included the gargantuan $10 billion Facebook IPO. Not counting Facebook, year-over-year totals are up quite a bit. The third quarter was particularly active, with 26 venture-backed companies carrying out IPOs and raising a total of $2.7 billion — more than double year-ago levels.

The IPO market comeback, combined with the relatively robust availability of growth-stage financing, is motivating many entrepreneurs to take later rounds at points where they might previously have contemplated a sale, Kate Mitchell, a partner at Scale Venture Partners, said at the conference. Given valuations of recently public companies in enterprise software and other growth sectors, the math makes sense.

“Public investors are really valuing growth, so it’s worth it to spend on [growing] sales,” said Sharon Wienbar, also a partner at Scale, speaking at an earlier panel. She pointed to the example of a hypothetical enterprise software company with about $40 million in annual sales and marginal profits. The company could chug along around that rate, or it could raise a big growth round, burn a lot of cash, and more than double sales the next year. In the current environment, she said, it’s smarter to spend on scaling.