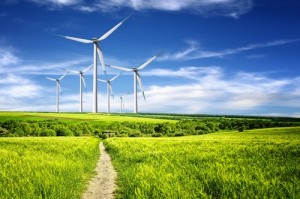 Renewable power producer Pattern Energy Group LP, which has its U.S. headquarters in San Francisco and its Canadian office in Toronto, has launched an initial public offering of 16 million shares at a price of between US$19 and US$21 per share. The company expects to receive net proceeds of approximately US$290 million. Pattern Energy owns and operates wind power projects, and has an interest in eight projects located in the United States, Canada and Chile. With the backing of U.S. private equity firm Riverstone Holdings, the business was formed in 2009 from the wind development portfolio of Babcock & Brown‘s North American Energy Group.

SAN FRANCISCO, CALIFORNIA–(Marketwired – Sep 9, 2013) – Pattern Energy Group Inc. (the “Company”), today announced the launch of its initial public offering of 16,000,000 shares of its Class A common stock. The initial public offering price is currently expected to be between US$ 19.00 and US$ 21.00 per share of Class A common stock. The underwriters will have the option to purchase up to an additional 2,400,000 shares of common stock from Pattern Energy Group LP (the “Selling Stockholder”).

The Company expects to receive net proceeds of approximately US $290 million from the offering and intends to use such proceeds as partial consideration for its initial portfolio of wind assets that will be contributed to the Company by the Selling Stockholder on or immediately prior to the completion of the offering, to repay the outstanding indebtedness under the Company’s revolving credit facility and the remainder for general corporate purposes. If the underwriters exercise their option to purchase additional shares, the Company will not receive any proceeds from the sale of shares by the Selling Stockholder.

A registration statement, including a prospectus, relating to these securities has been filed with the U.S. Securities and Exchange Commission (“SEC”) but has not yet become effective. These securities may not be sold nor may offers to buy be accepted prior to the time that the registration statement becomes effective. A preliminary prospectus relating to these securities has also been filed with the securities regulatory authorities in each of the provinces and territories of Canada. The preliminary prospectus is subject to completion or amendment. There will not be any sale or any acceptance of the offer to buy the Class A shares in any province or territory of Canada until a receipt for the final prospectus has been obtained from the securities regulatory authorities in such provinces and territories. Copies of the Canadian preliminary prospectus may be obtained from the underwriters at the addresses set out below and is available on SEDAR at www.sedar.com.