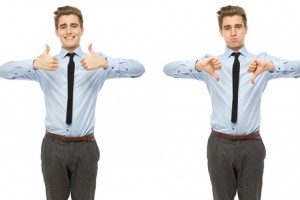 (Reuters) – Shares of industrial supplies distributor HD Supply Holdings Inc (HDS.O) rose as much as 5.4 percent in their market debut on Thursday after they were priced well below the indicated range to attract increasingly skittish investors.

Four of the six companies that went public on Thursday were forced to either cut the price of their offering or reduce the number of shares.

The company is owned by Bain Capital, the Carlyle Group and Clayton Dubilier & Rice.

Recent volatility in the equity markets has led several companies to cut the size of their IPOs or scrap them altogether.

Federal Reserve Chairman Ben Bernanke said last week that the Fed could wind back its stimulus policies this year if the economy continued to improve, suggesting the era of rock bottom interest rates was coming to an end.

Both companies priced below their expected offer range. CDW also reduced the number of shares offered.

Tremor’s fall in its market debut does not bode well for other similar companies such as Criteo, RocketFuel and YuMe which are looking to go public later this year.

Tremor priced its 7.5 million shares at $10 per share, below the expected range of $11 to $13. The stock ended the day at $8.50, a disappointing debut for Tremor’s VC backers, who invested more than $200 million in the company since 2006. Six venture firms own 68 percent of the company: Canaan Partners, Draper Fisher Jurvetson, General Catalyst Partners, Masthead Venture Partners Capital, Meritech Capital Partners and W Capital Partners

CDW, which sells products from Apple Inc, Hewlett-Packard Co and others through its catalog and website, raised about $396 million after its private equity owners, Madison Dearborn LLC and Providence Equity Partners Inc, withdrew plans to sell a total of 4.5 million shares.

Smaller companies making their market debut on Thursday were Silvercrest Asset Management, whose shares were up 10 percent at midday, and Aratana Therapeutics, whose stock was up 34 percent.

(Reporting for Reuters by Tanya Agrawal, Neha Dimri and Varun Aggarwal in Bangalore. Additional reporting for peHUB by Lawrence Aragon.)