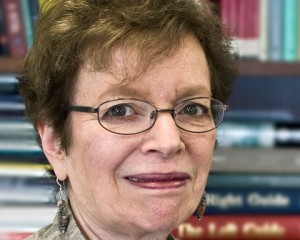 As Warren Buffett famously observed: “[W]hile most Americans struggle to make ends meet, we mega-rich continue to get our extraordinary tax breaks.” He was referring to the fact that capital gains earned by wealthy investors are taxed at a much lower rate than wages earned by workers.

And while commissions paid to shoe salesmen and bonuses paid to bankers are taxed as ordinary income, the performance pay earned by private equity firm partners for managing an investment fund – so-called carried interest – is also taxed at the lower capital gains rate. This may be outrageous, but at least it’s legal.

The same cannot be said for the tax dodge used by private equity firm partners to convert the ordinary income they receive from their fixed management fees into additional capital gains.

The partners at Bain Capital famously waived more than $1 billion of management fees over a 10-year period, saving these partners, at a single firm, more than $250 million of taxes on what was, essentially, their salary income.

They used what is known as a management fee waiver. In simplest terms, the PE firm “waives” the fee that investors in PE funds pay for management services – typically 2 percent of capital committed to the fund by the investor. In exchange, the PE fund investment manager gets a priority claim on profits (typically capital gains) earned by the fund. This sleight of hand, it is claimed, turns the ordinary income the manager would have realized had it received the management fee in cash into capital gains, the tax equivalent of turning water into wine.

This tax alchemy might be legal if the conversion of management fee income to profit income involved any real risk the PE fund managers might not ultimately get paid their waived fee. This is the argument the private equity industry uses as a policy justification for the favorable tax treatment of carried interest. However, management fee waivers, unlike carried interest, are structured to all but guarantee the PE firm partners will be paid – no actual risk involved.

This, it should be noted, is in sharp contrast to carried interest, which is subject to real risk. Generally carried interest is only paid to PE fund managers if the fund is profitable on an overall basis and, in fact, the return usually must exceed some minimum annual return, typically 8 percent.

If fee waivers were subject to the same risk, then they would pass muster under current tax law. For example, if fund managers had to wait until the end of the fund’s life to realize the additional capital income from the management fee waivers, and received this income only if the fund was profitable overall, there would be sufficient risk to support the claimed tax treatment under current law.

Current fee waiver structures, however, do not impose real risk on managers and, therefore, it is unlawful for fund managers to engage in them. What is needed is for the IRS to step up its enforcement of the law. To that end, the Treasury Department is preparing new guidance on management fee waivers – expected to be released by the end of June – that will make it crystal clear this type of super-aggressive tax structuring is abusive.

A similar crackdown is already underway in the United Kingdom. On April 6, the U.K. tax authority adopted rules to prevent investment fund managers from disguising management fee income as capital gains and to ensure this income is correctly taxed as ordinary income. The IRS should do no less.

Wealthy fund managers employ an army of tax advisors to make sure they do not miss any opportunity to get a tax break. As Buffett pointed out, the mega-rich already pay a lower tax rate on their incomes than the average worker. Enough is enough. PE fund managers should not get away with further reducing their taxes by disguising their salary income as capital gains. Like everyone else in America who works for a living, they should pay their fair share of the upkeep for this great country of ours.

Eileen Appelbaum is a senior economist at the Center for Economic and Policy Research and the co-author of “Private Equity at Work: When Wall Street Manages Main Street”