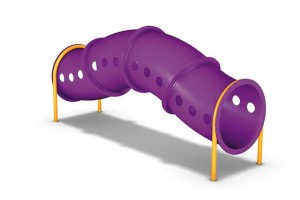 Irving Place Capital has put PlayCore up for sale after a more than seven year hold, three sources said.

It’s unclear how much the New York-based private equity firm is seeking for PlayCore. Baird is advising on the sale, one of the sources said.

There may already be a deal in place for PlayCore, though peHUB could not officially confirm by deadline. Sentinel Capital Partners has received federal antitrust clearance to buy PlayCore, according to an FTC filing. The investment is coming from Sentinel’s fifth fund, which closed at $1.3 billion last August.

Irving Place’s investment in PlayCore dates back to February 2007 when the PE firm was known as Bear Stearns Merchant Banking. BSMB appears to have invested around $70 million equity, a regulatory filing from that time indicates. The investment came from the firm’s third fund, which collected $2.7 billion in 2006.

Chattanooga, Tennessee-based PlayCore designs and makes play and recreation products including playground equipment. In 2011, PlayCore launched a $150 million credit facility that the company used to fund a dividend to its owners, according to Thomson Reuters Loan Pricing Corp.

Last year, LPs granted Irving Place a two-year extension, until February 2015, to invest Fund III. It was unclear when Irving Place would kick off marketing for its fourth pool. Before it begins fundraising, Irving Place is trying to accumulate a few strong exits from Fund III to gain momentum, placement sources have told peHUB. Irving Place sold Victor Technologies earlier this year and made more than 3x its investment with the sale, peHUB has reported.

Executives of Irving Place, PlayCore, Baird and Sentinel could not be reached for comment.

Photo courtesy of GameTime, which is owned by PlayCore