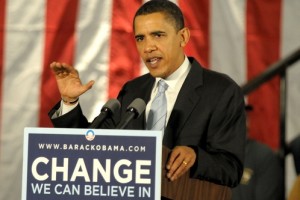 Howard, who spoke Wednesday during the Chicago Buyouts conference, said on the sidelines that he wants to defend private equity and the good things Romney has done, while also supporting President Obama.

Romney, Howard said, is an impressive candidate, but Howard is backing Obama.

“I’m not voting my pocketbook necessarily,” he told peHUB. “I’m voting my heart.”

The Irving Place CEO thinks President Obama will win in November but that it will be close. “The President will ultimately prevail but it all depends on the economy,” he said during the conference.

Howard said he is one of many PE executives that support Obama but he didn’t name any others. Tony James, the Blackstone Group’s president and chief operating officer, also supports Obama. Earlier this year, James hosted a fundraising for Obama, which Howard said he didn’t attend. But Howard’s democratic roots run deep. His wife, Lorna Brett, is a native Chicagoan who ran for alderman nearly a decade ago, he said.

Separately, Howard said Irving Place has $900 million left to invest. However, that total includes capital reserves for follow-ons and recycled proceeds, a source says. The firm’s investment period for its third fund, which raised $2.7 billion in 2006, ends in July 2013, the person says. The New York PE firm expects to do three to four investments in the next nine months and has one letter of intent in the works, Howard said.

In April, peHUB reported that Irving Place expects to begin fundraising for its newest pool toward the end of this year. The fund, Irving Place Capital Partners IV, will likely look to raise $1.5 billion to $2 billion.

–David Toll contributed to this report