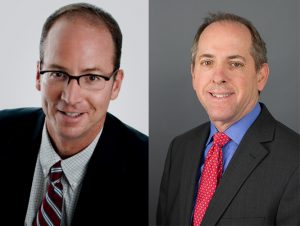 ASC 606 is the most important thing you’ve never heard of.

Hyperbole? Perhaps. In fairness, you’ve probably heard of the new revenue-recognition standard, if not its uninspired acronym. But what you know of the new standard probably can be boiled down to three points: It’s an accounting regulation. It affects public companies (at least first and foremost). And it doesn’t take effect until much later.

What’s unlikely is that you know the new standard’s broader intent or consequences: that its main goal is to standardize revenue recognition regardless of industry. Or that the new rules will eliminate industry-specific accounting for revenue and introduce a five-step principles-based approach — the core principle of which is that companies should recognize revenue when the customer obtains control of a good or service, in an amount to which the seller expects to be entitled in exchange for those goods or services.

As a result, the new standard will significantly change when and to what extent companies recognize revenue.

But even more unlikely is that you know the surprising, earthquake-sized implications for the private equity community. And truth be told it’s an odd contrast to how much attention was paid to the PE implications of Y2K and SOX, for example.

Now, maybe that’s because they both benefited from better abbreviations. But neither, frankly, threatened to affect expected earnings in the way ASC 606 does. Neither struck that close to the core of corporate revenue or, at least, of reported revenue.

So make no mistake, ASC 606 will affect the PE sector in ways that the PE community seems ill-prepared for. To borrow from Browning, let us count the ways:

With the focus on public companies’ efforts to meet FY 2018 compliance deadlines, we’ve ignored the looming, and critically important, private-company deadline to follow a year later.

First, while private companies have an extra year to figure this out, they arguably have a steeper compliance hill to climb (at least from a current-capability standpoint).

While it’s true that private companies are scoped out of much of the new standards’ disclosure requirements, they still face a significant disclosure burden and substantial compliance challenges beyond that.

And private companies are typically not as prepared to deal with this level of regulatory compliance as their public companies’ peers, who, because they must be SOX-compliant, are typically more process-oriented and have a deeper bench of technical resources upon which to rely.

Second, though the deadline isn’t immediately upon us, many smart private companies recognize the advantages of implementing new revenue-recognition standards now (when current deals close) as opposed to creating midstream headaches nearer the deadline.

Bottom Line: Extra time may not present an extra advantage (and may, in fact, create a complacency or midstream disadvantage).

And what about those private companies (or fund-exit strategies) that include near-term IPOs? Those companies may be able to get away with delayed private-company guidance according to the strict letter of the law, but doing so could make it impossible for them to have timely access to the public markets.

According to the Deloitte poll (which surveyed accounting, tax and finance executives from private companies considering IPOs), a full 60% of respondents indicated they have not begun implementing the standard or have done only an initial assessment.

The fact that accounting noncompliance could delay years of company-specific IPO readiness planning isn’t ideal. The fact that the delay would occur at a time when investor appetite for near-term IPOs has been renewed is even less so.

Bottom line: Private-company compliance (or the lack thereof) could not only delay planned IPOs but could force companies/PE sponsors to miss a critical window of investor opportunity.

The subscription-based model that has made technology companies so attractive to private equity is also the very thing that will cause the biggest revenue-recognition headache under the new guidance.

While pure-play cloud-subscription services may not feel the full 606 impact, their subscription cousins — term and perpetual licenses — will.

On-premise or hybrid subscriptions, where customer-installed software is combined with recurring license fees, will be greatly affected. Over the past few years, many companies recognized such licenses as recurring revenue — something the capital markets had not only applauded but had actually served to attract record levels of PE money to the sector.

Under 606, revenue from hybrid subscription models based on term licenses often will need to be recognized at once and up front, turning what was a glass-smooth upward trajectory into a bumpy, lurching fun-house attraction.

While the business model itself won’t change, it’s a much more complex and nuanced narrative to share with investors. The well-prepared may also see opportunities to fine-tune their customer agreements, thereby leapfrogging the competition. But the clock is ticking, and many public companies have already missed this once-in-a-lifetime opportunity.

Bottom Line: SaaS hybrid models may lose some of their hard-won PE appeal. Or where PE firms already have portfolios full of such models, it may affect exit strategies for companies that can no longer clearly point to reported recurring-revenue streams.

Think that just because your PE firm doesn’t play in tech, you won’t be affected? Think again. Yes, given the SaaS model, tech will be a heavily affected sector, but so too will many other industries: aerospace and defense, automotive, life sciences and pharma, telecommunications, manufacturing, retail, transportation and media and entertainment, to name just a few.

More broadly speaking, the standard will affect any organization that enters into contracts with customers to transfer goods or services.

That impact may come in the form of revenue-recognition timing, required disclosures or necessary modifications to IT systems, processes and internal controls to capture new data and address changes in financial reporting

Bottom Line: aero and pharma and retail, oh, my.  Yes, Dorothy: Chances are your portfolio company will be affected.

Private equity firms that help their portfolio companies get ahead of the curve will be best positioned to take advantage of opportunities to improve the faithfulness and transparency of reported revenue.

But (and this is a big but) the path before that curve is littered with promised shortcuts and expensive detours. So a word of warning: Technology providers will try to exploit the opportunity. After all, the sheer volume of work required to comply may very well break portfolio company IT solutions ill-equipped to deal with the new models.

That said, choosing a technology solution before identifying the right path forward in terms of how and when to strategically implement new revenue-recognition models will be the surest path to compliance failure. Technology should enable the implementation approach, not dictate it.

Bottom Line: A tech answer is not an optimal compliance solution.

So now you’ve heard of ASC 606. And now you know that the new standard is 1) a far-reaching accounting regulation 2) affecting public and private companies across all sectors 3) with near-term deadlines for which many PE-backed companies are ill-prepared.

The private equity industry is now, officially, on the clock. …

Gary Moran (right) is a managing director at Accordion, the New York and San Francisco-based private equity financial consulting firm focused on the office of the CFO. He can be reached at +1 646-862-3340 and gmoran@accordion.com. Joseph St. Denis is a managing director at Baseline Insights, the Washington D.C. area-based consulting and research firm, and an adjunct professor of accountancy at George Washington University. He can be reached at +1 202-321-3321 and jstden@baselineinsights.com.