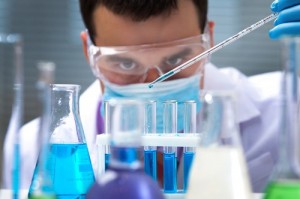 VICTORIA, British Columbia, Sep 23, 2013 (GLOBE NEWSWIRE via COMTEX) — Isotechnika Pharma Inc. CA:ISA 0.00% (the “Company”) announced today that it has completed the merger and related transactions (the “Merger Transactions”) that its shareholders approved on August 15, 2013. The Company will immediately begin conducting business as Aurinia Pharmaceuticals Inc., with its official name change expected to become effective concurrently with other events as described below.

“After six months and hundreds of hours of strategic and integration planning, today we are ready to do business as a new Company. Going forward the Company will operate as Aurinia Pharmaceuticals Inc. Out of the gate, our primary focus is on the development of voclosporin as a therapy for lupus nephritis. While there have been a number of advances in the treatment of this devastating disease, there is no question that significant unmet medical need remains. It is our belief that layering voclosporin on top of standard of care in a multi-target approach to treating lupus nephritis has the potential to rapidly and significantly improve patient outcomes. To that end, we expect to launch a phase 2B study of voclosporin in lupus nephritis in Q1-2014,”
commented Dr. Glickman.

In connection with the Merger Transactions, the Company has completed, subject to regulatory approval, a private placement (the “Offering”) of 133,333,332 units, comprised of one common share and one half of a full warrant, at a price of $0.045 per unit for gross proceeds of $6 million. Each whole warrant issuable in the Offering is exercisable to acquire a common share of the combined company for $0.05 for a period of three years from the date of issuance. All securities issued in connection with the Offering will be subject to a four month hold period from the date of issuance in accordance with applicable securities law. The closing of the Offering is subject to regulatory approval.

Canaccord Genuity Corp. (the “Agent”) acted as agent for the Offering and received a cash commission of $230,000 and 5,103,332 warrants, with each such warrant entitling them to acquire one common share at $0.045 per share for a period of three years from closing. The Agent also received 1,000,000 units as a corporate finance fee.

The Company is also pleased to announce the appointment of Benjamin (Beni) Rovinski, PhD, Managing Director of Lumira Capital, as a member of its Board of Directors, effective immediately. Dr. Rovinski joined Lumira Capital in 2001 with an investment focus on mid- to late-stage private and public life sciences companies. Prior to joining Lumira Capital, he held several senior management positions in the biotechnology sector, including 13 years at Sanofi Pasteur where he was a senior scientist and director of molecular virology. Dr. Rovinski received a PhD in biochemistry from McGill University in Montreal with post-doctoral studies in molecular oncology and retrovirology at the Ontario Cancer Institute in Toronto.

“We are pleased to have a business leader and scientist of Dr. Rovinski’s stature join our team,” said Dr. Glickman. “Beni has more than 27 years of investment, operational, managerial and research experience in the healthcare sector. We are excited to be welcoming him to the Board and look forward to his guidance as we work to build a leading nephrology company.”

As previously disclosed, the Company expects to transition from the Toronto Stock Exchange to the TSX Venture Exchange. The Company has received conditional listing approval from the TSX Venture Exchange (the “TSXV”) for the listing of its common shares. The Company intends to officially change its name to “Aurinia Pharmaceuticals Inc.” shortly after its listing on the TSXV. In addition, the Company intends to proceed with its previously announced consolidation of shares on a 50:1 basis, which was approved by shareholders on August 15, 2013. The official name change, TSXV listing and stock consolidation are all expected to take place within the next 30 days.

Aurinia is a clinical stage pharmaceutical company focused on the global nephrology market. Its lead drug, voclosporin, is a novel calcineurin inhibitor. Many members of Aurinia’s current leadership team are former senior managers of Aspreva Pharmaceuticals (“Aspreva”), which Galenica acquired for C$915 million in 2008. While at Aspreva, this management team executed one of the largest and most important lupus nephritis studies ever conducted, called the Aspreva Lupus Management Study (“ALMS”), which resulted in the emergence of mycophenolate mofetil as a new standard treatment for patients suffering from this devastating and potentially fatal disease. Aurina holds global rights to all indications for voclosporin and has development and commercialization partners in Canada, Israel, South Africa and Greater China. Aurinia also has a development and commercialization partner for ophthalmologic indications. In addition, Aurinia holds certain rights to exploit the ALMS database. More information is available at www.auriniapharma.com.

Such forward-looking statements involve known and unknown risks, uncertainties and other factors that may cause actual results, events or developments to be materially different from any future results, events or developments expressed or implied by such forward looking statements. Such risks and uncertainties include, among others, the ability of the combined company to protect its intellectual property rights, securing and maintaining corporate alliances and partnerships, the need to raise additional capital and the effect of capital market conditions and other factors on capital availability, the potential of its products, the success and timely completion of clinical studies and trials, and the combined company’s and its partners’ ability to successfully obtain regulatory approvals and commercialize voclosporin on a timely basis. These factors should be considered carefully and readers are cautioned not to place undue reliance on such forward-looking statements. For additional information on risks and uncertainties relating to these forward-looking statements, investors should consult the Company’s ongoing quarterly filings, annual reports and the Annual Information Form and other filings found on SEDAR at www.sedar.com.

CONTACT: Company Contacts:
Dr. Richard Glickman
Chairman of the Board of Directors
250-213-1523
rglickman@auriniapharma.com