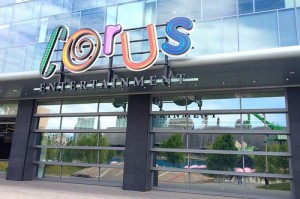 TORONTO, March 2, 2016 /PRNewswire/ – Corus Entertainment Inc. (“Corus”) (TSX: CJR.B) welcomes the report issued today by Institutional Shareholder Services (“ISS”), an independent proxy advisory research firm, which reconfirms its previous recommendation that shareholders of Corus vote FOR the resolution to consider its proposed acquisition (the “Acquisition”) of Shaw Media Inc. (“Shaw Media”) at a special meeting of Corus shareholders to be held on March 9, 2016.

ISS is widely recognized as a leading independent proxy voting and corporate governance advisory firm. Its analysis and recommendations are relied upon by many major institutional investment firms, mutual funds and fiduciaries throughout North America.

In its updated analysis published today, ISS noted it has conducted a thorough review of the dissident’s concerns. ISS reaffirmed its support for the strategic rationale of the Acquisition, noting: “Even the dissident does not appear to have questioned the long-term strategic merits of the transaction.”

In addition, in reference to the dissident’s opposition to the proposed Acquisition, ISS goes on to say: “… defeating this transaction would simply block shareholders from benefitting from the strategic opportunities it presents. How that is in the best interest of all shareholders, including minority shareholders, remains unexplained in any of the dissident’s soliciting materials.”

“We are very pleased that ISS has reconfirmed its recommendation in support of our proposed acquisition of Shaw Media,” said Doug Murphy, President and Chief Executive Officer of Corus Entertainment. “As we have said from the outset, the acquisition of Shaw Media is in the interest of all Corus shareholders and strongly positions the company to compete and grow, both domestically and in international markets. We would like to thank all shareholders for their strong support to date and look forward to the special meeting on March 9, 2016.”

VOTING TO APPROVE THE ACQUISITION

Internet: Shareholders may vote, with the control number listed on the Corus form of proxy, vote online at www.cstvotemyproxy.com using their 13-digit control number.

Corus encourages shareholders to vote as soon as possible or no later than 10:00 a.m. (Eastern Time) on Monday, March 7, 2016 to ensure their vote is counted. Use only the Corus form of proxy and disregard any other proxy you may receive from Catalyst.

Shareholder questions or requests for assistance with voting may be directed to D.F. King Canada toll free at 1-800-622-1678 or by email at inquiries@dfking.com or visit www.aStrongNewCorus.com where your proxy can be easily voted by clicking on the “Vote Now” button.

* Permission to use quotations in this release were neither sought nor obtained.

This press release contains forwardlooking information and should be read subject to the following cautionary language:

To the extent any statements made in this report contain information that is not historical, these statements are forwardlooking statements and may be forwardlooking information within the meaning of applicable securities laws (collectively, “forwardlooking statements”). These forwardlooking statements may include, among other things, our objectives, goals, strategies, intentions, plans, estimates and outlook, including advertising, distribution, merchandise and subscription revenues, operating costs and tariffs, taxes and fees, and can generally be identified by the use of the words such as “believe”, “anticipate”, “expect”, “intend”, “plan”, “will”, “may” and other similar expressions. In addition, any statements that refer to expectations, projections or other characterizations of future events or circumstances are forwardlooking statements. Forward-looking statements include statements regarding the ability to complete the Acquisition and the anticipated timing of completion of the Acquisition, if at all, satisfaction of all conditions precedent to the transaction, statements regarding performance of the combined company, the benefits and costs of the transaction and the pro forma capitalization, business, operations, financial performance (including dividends, financial leverage and adjusted EBITDA) and cash flow profile of the combined company, the ability to realize synergies following closing in the time and manner anticipated, the receipt of proceeds of Corus’ financing arrangement and completion of the company’s planning financing transactions. Although Corus believes that the expectations reflected in such forwardlooking statements are reasonable, such statements involve risks and uncertainties and undue reliance should not be placed on such statements. Certain material factors or assumptions are applied in making forwardlooking statements, including without limitation factors and assumptions regarding completion of the transaction on terms set out in the share purchase agreement and in a manner consistent with management expectations, the timing of completion of the transaction, the ability to fulfill the conditions to closing of the transactions, the accuracy of management’s assessment of the effects of the completion of the acquisition, including the ability to generate synergies consistent with management expectations, maintenance by the Corus Board of Directors of the dividend on the Class B Non-Voting Shares at its existing level and the ongoing performance of the businesses of Corus and Shaw Media, market conditions, , and actual results may differ materially from those expressed or implied in such statements. Important factors that could cause actual results to differ materially from these expectations include, among other things: our ability to attract and retain advertising revenues; audience acceptance of our television programs and cable networks; our ability to recoup production costs, the availability of tax credits and the existence of coproduction treaties; our ability to compete in any of the industries in which we do business; the opportunities (or lack thereof) that may be presented to and pursued by us; conditions in the entertainment, information and communications industries and technological developments therein; changes in laws or regulations or the interpretation or application of those laws and regulations; our ability to integrate and realize anticipated benefits from our acquisitions, including the Acquisition and to effectively manage our growth; our ability to successfully defend ourselves against litigation matters arising out of the ordinary course of business; changes in accounting standards, our ability to execute strategic plans and changes to strategic plans, downgrades in our financial strength or credit ratings, volatility and correlation of equity and debt markets, interest rates, the failure to realize some or all of the expected benefits of the transaction and the market for subscription receipts and Class B Shares and the prices of subscription receipts and Class B Shares. Additional information about these factors and about the material assumptions underlying such forwardlooking statements may be found in our Annual Information Form and our management’s discussion and analysis which are available on Corus’ website at www.corusent.com as well as on SEDAR. Corus cautions that the foregoing list of important factors that may affect future results is not exhaustive.

When relying on our forwardlooking statements to make decisions with respect to Corus, investors and others should carefully consider the foregoing factors and other uncertainties and potential events. Unless otherwise required by applicable securities laws, we disclaim any intention or obligation to publicly update or revise any forward looking statements whether as a result of new information, events or circumstances that arise after the date thereof or otherwise.